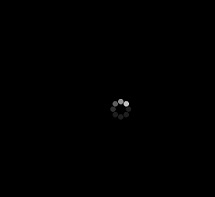 The Prime Minister today ducked the opportunity to reign in the ambitions of the Murdoch’ empire when Stockton North MP Alex Cunningham raised the issue of the proposed takeover of BSkyB at the first Prime Minister’s Questions of the New Year.

“Just before Christmas undercover reporters revealed that the Business Secretary privately said he had ‘declared war’ on Rupert Murdoch.

The Prime Minister was forced to hand responsibility for the decision over whether to refer the proposed takeover to the Competition Commission to the Secretary of State for Culture, Media and Sport, Jeremy Hunt MP, who is himself on record as an admirer of the Murdoch business.

I have serious concerns that if this deal is allowed to go ahead, Rupert Murdoch will have a disproportionate influence over the British media, which is why I asked the Prime Minister to order the deal to be referred to the Competition Commission.

Unfortunately, the Prime Minister gave me no such promise, instead insisting that the proper processes were being followed. Given concerns about Mr Hunt’s impartiality in this matter, I am concerned that the decision will not receive the scrutiny it deserves.”

“Charlie’s bravery was clear to all and I thought it appropriate to pay tribute to him on behalf of local Teesside MPs. I was pleased the Prime Minister specifically acknowledged my tribute to him.”

Footage from Prime Minister’s Questions below, my question is around the 12:15 mark