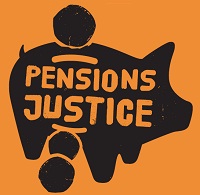 Stockton North MP, Alex Cunningham, today condemned the Tory-led Government’s failure to negotiate a fair deal with those workers affected by their underhand changes to pensions.

The Government’s failure to act has now led to industrial action which will cause hardship and disruption for millions of families who rely on public services if the strikes go ahead.

“Rather than telling hundreds of thousands of low paid, part-time working men and women who are set to be much worse off that they should not strike, David Cameron should be taking responsibility and trying to negotiate a deal that’s fair to low paid workers and taxpayers alike. That is what I want to see.

“However, it increasingly seems that the government is happy to see a disruptive strike. According to a national newspaper, David Cameron has privately said that he is ‘delighted’ that the unions have walked into his ‘trap’.

“We cannot expect this government of multi-millionaires to relent in its attack on workers and the ‘squeezed middle’. People have a lot of sympathy for those standing up to this Government, who expect people to work longer, pay more, only to receive less. Trade unions must continue to negotiate for decent pay, for decent terms and conditions and for their rights.

“I will continue to do all I can to make this Government treat workers fairly through applying pressure in Parliament.”

Funding for Families and Sure Start Slashed by £70 Per Child