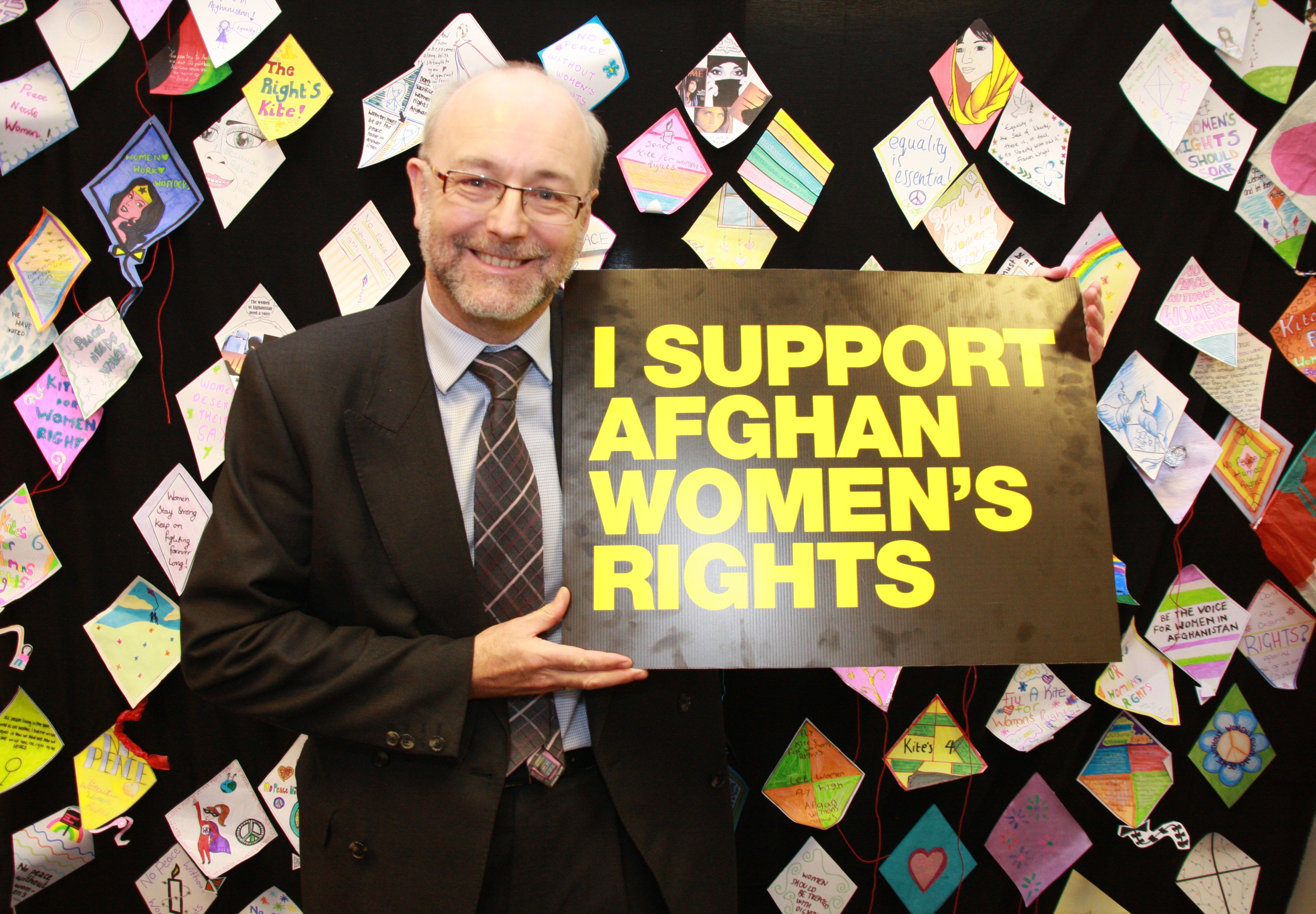 Alex Cunningham MP is supporting an international campaign to press for women’s rights in Afghanistan. 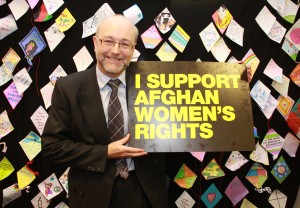 Alex took part in an event in Parliament on Wednesday 23 November which saw a cross-party group of MPs and peers having their photograph taken in front of hundreds of handmade kites designed by campaigners from around the country to symbolise their support for women’s rights in Afghanistan.

Campaigners are using the kite symbol because in Afghanistan women and girls make kites but are effectively prevented from actually flying them because of cultural attitudes that make it socially unacceptable.

“This is an important campaign which I’m very pleased to support. If the human rights of women and girls in Afghanistan are not front and centre of peace negotiations, it will be an absolute tragedy.

“I will be following up on this issue with the Foreign Secretary William Hague at the earliest opportunity.”

“We’d like to see all Parliamentarians supporting this campaign for women rights in Afghanistan.

“There is a clear and present danger that the rights of Afghan women and girls could be sacrificed in deals with the Taleban as the international community looks for the exit sign in Afghanistan.

“Numerous MPs have been vocal on the subject of Afghan women’s rights during the past decade. Now is the time for them to stand up and be counted.”