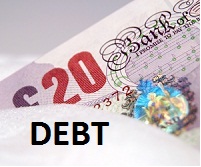 Leading a debate in the House of Commons, Alex talked of the 6.2 million people who are financially vulnerable and the million households with people aged 18-39 which are in difficulties with another million on the brink.

It is critical he said to ensure there were proper free advice for them: “I am proud of the good work the previous Labour government did on helping those in debt. From 2005, the Financial Inclusion Fund did tremendous work focusing on the most vulnerable in society and providing free advice to anyone who needed it.

“Despite an initial decision by the current Government not to continue with this fund, I was relieved when in February this year it was announced that £27 million would be made available to continue to fund free face-to-face debt advice for the coming year.

“Now I’m concerned about future provision particularly if local government, also under financial constraint, is required to do more in this area and government cash dries up.”

The Cabin in Stockton, he said was an example of best practice and shared manager Janine Browne’s concerns over its future.

He also talked of the hundreds of thousands of people who are being ripped off by so-called debt management companies, many of which charge high upfront fees and do little to help: “In 2010/11, CAB in England and Wales dealt with 3,155 complaints about debt management services – up 5% on the previous year. The key complaints were: poor advice, poor service, excessive charging, cold calling and upfront fees for services which didn’t materialize,” he told the Commons.

“Most debt firms audited have also failed to comply with the OFT’s guidance in several areas, the main problem being misleading advertising misrepresenting their services as being free when they were not.”

Alex pressed Business Minister Ed Davey to confirm funding for future services, to ban cold calling on vulnerable people, to improve regulation and act to close down the rogue firms.

“The Minister is sympathetic to what people across the House were saying and promises action in various areas. It is a bit of jam tomorrow but I think he got the message and I hope he’ll deliver on his promises,” said Alex.

Alex helps raise awareness of young carers in the community