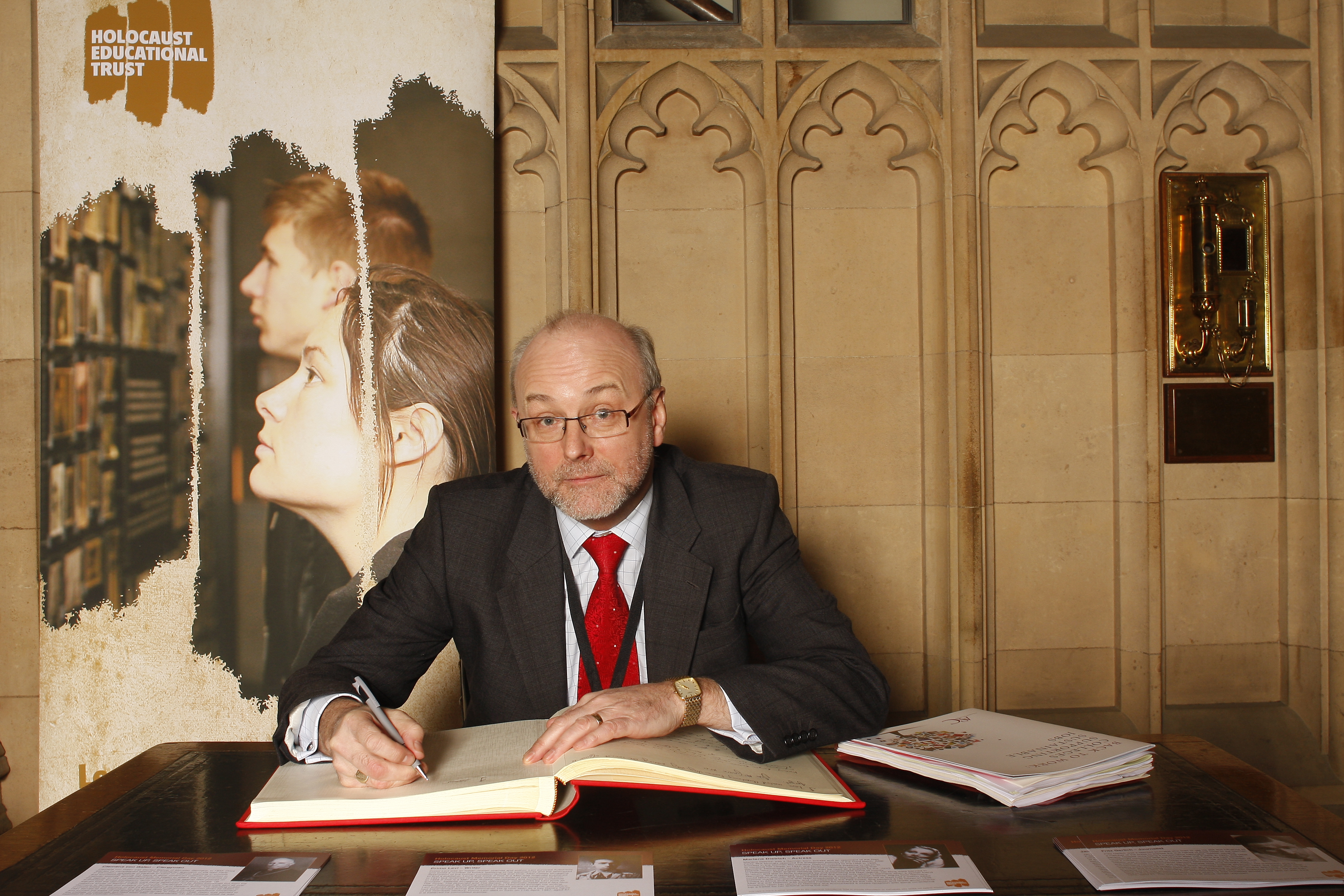 This week Stockton North MP Alex Cunningham signed a Book of Commitment in the House of Commons, in doing so pledging his commitment to Holocaust Memorial Day and honouring those who died during the Holocaust.

Friday January 27th will mark the 67th anniversary of the liberation of Auschwitz-Birkenau, the Nazi concentration and extermination camp which is the site of the largest mass murder in history – and in the weeks running up to the day, the Holocaust Educational Trust placed a Book of Commitment in the House of Commons, giving MPs the chance to honour those who were persecuted and killed during their Holocaust and encouraging constituents to actively speak out against prejudice and bigotry today.

In signing the Book of Commitment Alex paid tribute to the extraordinary men and women who having survived the Holocaust, work to educate young people about what they endured, through the Holocaust Educational Trust’s Outreach programme.

In the weeks around Holocaust Memorial Day, thousands of commemorative events will be arranged by schools, faith groups and community organisations across the country, remembering all the victims of the Holocaust and subsequent genocides. This year, people will also be encouraged to take a stand against racism and prejudice today – and to speak out against hatred wherever they encounter it.

“Holocaust Memorial Day marks the anniversary of the liberation of Auschwitz-Birkenau – and is an important opportunity to both remember the victims of genocide. I encourage all Stockton North constituents to mark the day and to commit to ‘speaking up and speaking out’ against prejudice today.”

“We are proud that Alex Cunningham MP is supporting Holocaust Memorial Day this year. It is vitally important that we both remember and learn from the appalling events of the Holocaust – as well as ensuring that we continue to challenge all forms of bigotry.”