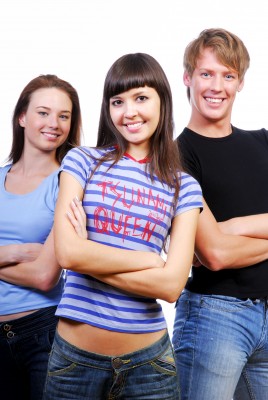 At university, there are plenty of opportunities to get involved with politics, from sitting in subject committees for your course to running in the Student Union elections or participating in your local political party.

Last year, I set up the Politics Society at the University of Lincoln Students’ Union for students to be able to debate politics outside lectures and also to encourage political activity among non-politics students. Since then, student party groups started to form and this year my friend set up the Lincoln Labour Students, for those who share the same interest of the Labour Party.

(Labour Students is a sub division of the Labour Party, where university students who support Labour meet regularly to invite speakers, debate, discuss and hold film nights, along with organising regional events in conjunction with the local Labour club and helping to canvas for Labour candidates in the elections.)

For our first event as a society, we invited Alex Cunningham to talk about his life as an MP and answer any questions, whilst having a pint in the union bar (although unfortunately for Alex he couldn’t drink as he had to drive back to Stockton North). The event went well, topics we discussed included student fees, votes for 16, the occupy movement and the current Labour leadership.

Our next event will be a film night showing “Made in Dagenham” at the local Labour club, whilst showing the film we will be trying to raise funds for the society and club by opening the club bar for members to buy drinks throughout the event. Following the film night, in March Andy Burnham will be coming to the university to talk to students before he visits the Lincolnshire General Hospital and will later be having a dinner debate with the Lincoln Labour club. Not forgetting we will be helping to canvas at the local council elections in May.

There are plenty of opportunities for students to get involved with politics at university, but for those who have a keen interest in Labour, the Labour Students group is worth signing up to! And if there isn’t one then get in touch with the organisation and set one up!