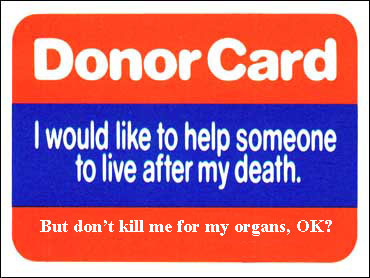 Hundreds of potential transplant patients, many in the North East, are losing out on the chance of a better life because there are not enough donors to provide the necessary organs.

And now Stockton North MP, Alex Cunningham, has put down parliamentary questions asking the Government what plans there are to increase the number of donors.

Alex’s questions follow a visit to the Institute of Transplantation at The Freeman Hospital in Newcastle, a specially created unit carrying out the widest possible range of transplant surgery in the country.

He met with Professor Derek Manas who told him about the need to increase the numbers of donors to meet demand.

“Perhaps I shouldn’t have been surprised to hear that the huge reduction in road traffic accidents has resulted in far fewer organs becoming available for transplantation.  But I was and it is entirely logical,” said Alex.

“I know there are other sources of organs, sometimes with people giving up a kidney or part of their liver for a relative or even offering their organ to someone else within an exchange system which again could benefit someone they knew. They are also donated by people who may have died in other circumstances but the organs may not always be of the best quality.

“I was extremely impressed with the Institute of Transplantation and the people working there so feel a responsibility to press the Government for action to increase the number of donors.”

Alex discussed Professor Manas’s view that there needs to be a major change in Government policy on donors.  The professor believes that the health service should have access to people’s organs when they die without their express agreement – in other words, instead of people opting into a donor scheme, they would be asked to opt out.  He also expressed concerns over the lack of intensive treatment unit beds limiting donations from “brain dead donors.”

“I know this is an extremely controversial area but from what I hear from Professor Manas, radical action is now overdue if the NHS is to be able to deliver life saving transplants in the numbers needed for people across the country,” said Alex.

“So I will be interested to hear what the Government have got to say about their plans for the future.

“In the meantime, I would also urge everyone who is able to be a donor to sign up as soon as possible.  That action could save several lives.”

Details of how to sign up as a donor are on the NHS website at http://www.uktransplant.org.uk/ukt/Consent.do or people can telephone 0300 1232323.