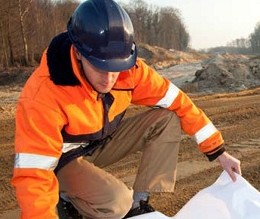 With a 191% increase in the number of young people unemployed for more than a year in his Stockton North constituency, Alex Cunningham MP is giving his strong support to Labour’s Real Jobs Guarantee which would bring real jobs, real wages, and a real chance for young people.

160 young people in Stockton North would benefit from the guarantee, which would require all young people aged 18 to 24 who have been unemployed for more than a year to go on a six month long paid job, preferably in the private sector. The government would pay full wages directly to the business to cover 25 hours of work per week at the minimum wage – £4,000 per job. In return, the employer would be expected to cover the training and development of the young person for a minimum of 10 hours a week.

The employer would work with private/voluntary sector welfare-to-work providers to agree how best this training can be effective, alongside intensive job-search for a permanent opportunity at the end of the six months. The scheme would apply to at least 110,000 people nationwide.

“It is totally unacceptable for the Tory-led coalition government to allow one million young people to be unemployed and it is only the Labour Party who are prepared to act on this.

“It must be our number one priority to conquer long term youth unemployment. To let the potential of a whole generation go to waste may be something the Tory-led Government are willing to do, but the Labour Party is determined to act and get our young people into work.”