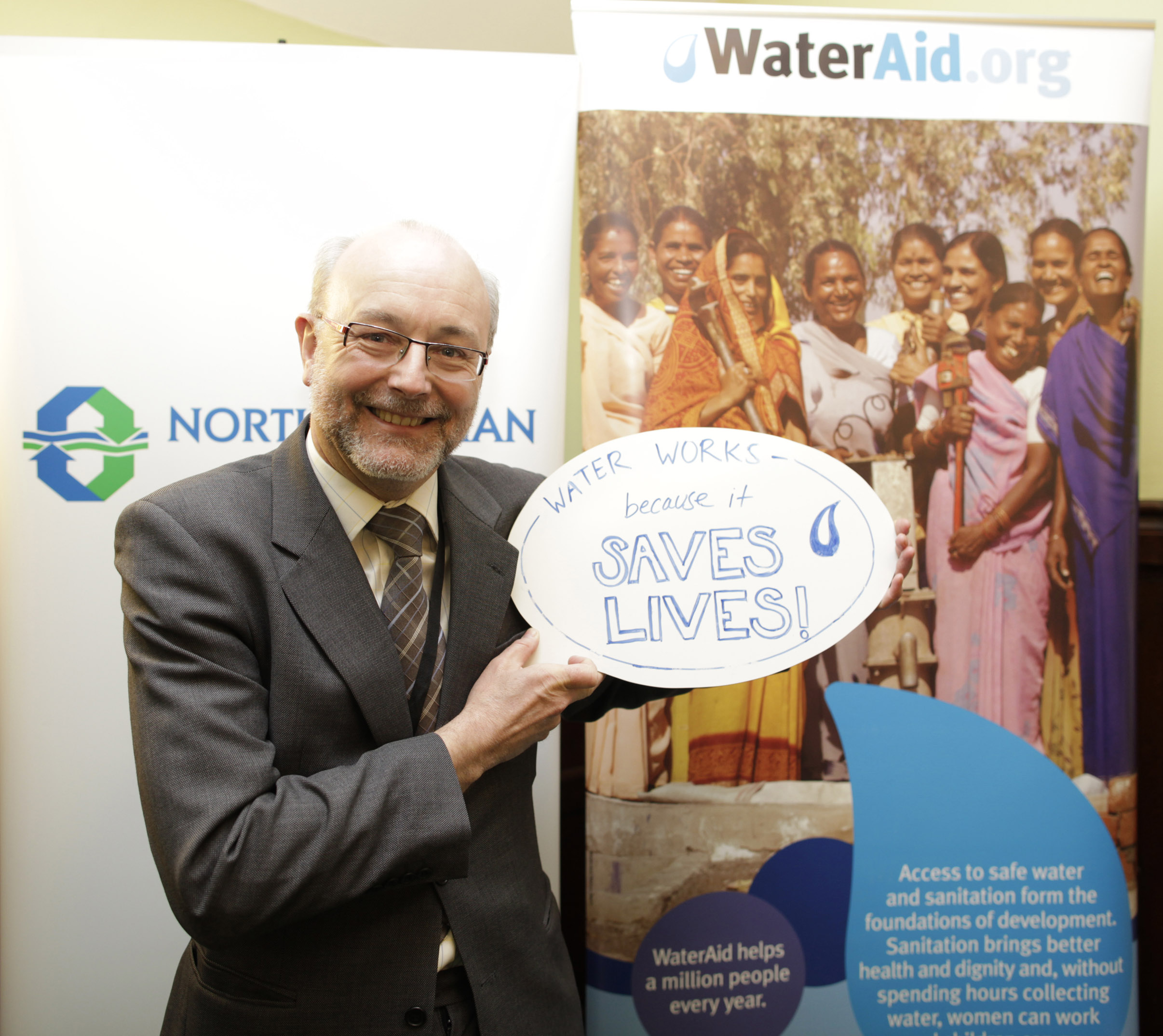 Alex made his pledge at a House of Commons event hosted by Northumbrian Water for WaterAid on the day that the United Nations announced that the Millennium Development Goal on water has been reached.  An additional 2 billion people have accessed clean water within the last 20 years.

Safe water and sanitation transform lives, improving health and lifting communities out of poverty. As world leaders prepare to meet in Washington next month for a crucial meeting on water and sanitation, WaterAid is encouraging the public to support its Water Works campaign, which aims to highlight the importance of these basic necessities in tackling poverty.

“We want everyone to back the Water Works campaign and we are extremely grateful for Alex’s support.  WaterAid will do all we can to reach some of the most marginalised communities in developing countries. However this world crisis in sanitation and water coverage will only be addressed if governments show leadership. Progress is far too slow and it will currently take around 350 years for everyone in Africa to have access to something as basic as adequate sanitation.  This just isn’t acceptable, and we want the public to also say this loud and clear.” said WaterAid Chief Executive Barbara Frost.

WaterAid was established with the support of Northumbrian Water and the UK water industry in 1981. The company remains a very active supporter of its adopted international charity. Employees run a regional committee in the North East of England and, together with other partners in the region, organise fundraising events, support the charity’s campaigns and raise awareness of the charity. WaterAid now works in 27 countries across Africa, Asia, Central America and the Pacific Region, improving access to safe water, sanitation and hygiene. Since WaterAid was founded 30 years ago, it has reached nearly 16 million people with safe water and 11 million with sanitation.

To show your support for the campaign please visit: www.waterworks.me

“It is great news that we have met the Millennium Development Goal on water – this shows that aid is working and that we are making steps forward to eradicating poverty. There is still much work to be done however, as 783 million people still don’t have safe water to drink, and around 2.5 billion are lacking adequate sanitation.  Not having these essential services traps people in poverty. The UK has a lead role to play along with other countries to concentrate our efforts on bringing water and sanitation to all.”