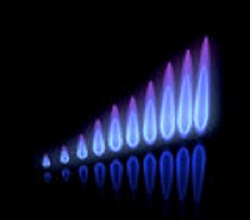 Local MP Alex Cunningham has welcomed a joint Consumer Focus/Citizens Advice campaign which aims to help advise people who are falling behind with their energy bills.

With people now receiving their winter energy bills, new research from Consumer Focus shows four in ten people across the country say their winter energy bill is even higher than last year. This is despite one of the mildest winters in a decade which resulted in falls in energy consumption. Almost half of consumers (48%) say they plan to make cut-backs in order to afford their energy bill.

Consumer Focus and Citizens Advice are warning that these unexpectedly higher bills could push more people into debt with their energy supplier – particularly those on low fixed incomes such as older people and families receiving benefits. The organisations are highlighting their awareness campaign – ‘Plug the Debt’ – to help people know what to do and what their rights are when they fall behind on their energy bills.

‘With many of my constituents receiving high energy bills, despite the mild winter, this is an issue that will be causing hardship for many people in Stockton North.

“It is clearly worrying that people are being forced to cut back just to afford their energy bills, and the number of constituents contacting me about this issue is rising. I hope this campaign will help those struggling to make ends meet, who do not know where to turn for help.