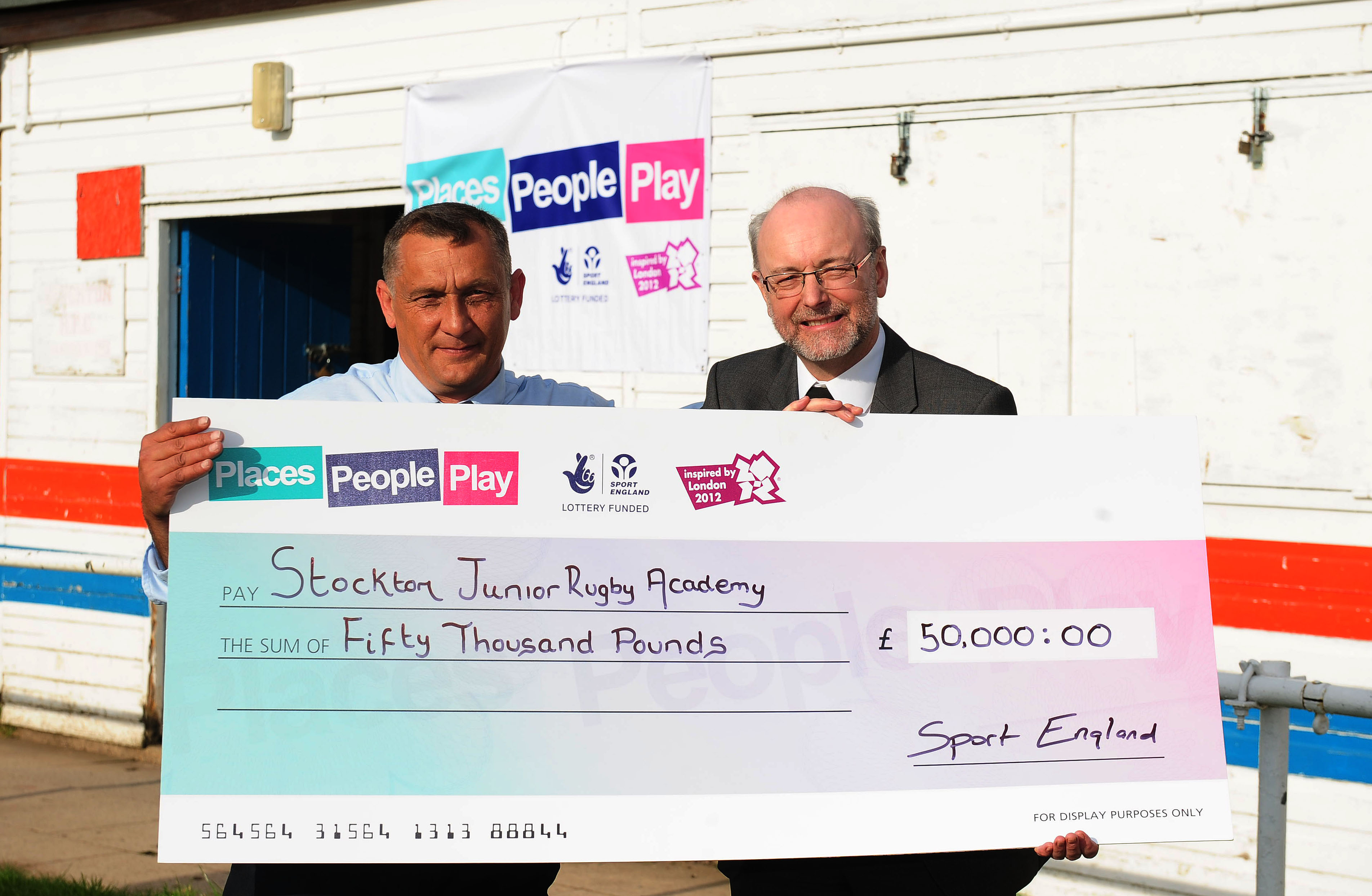 The Inspired Facilities fund is part of the £135 million Places People Play legacy programme that is bringing the magic of a home Olympic and Paralympic Games into communities across the country. Every sports facility that receives funding will carry the London 2012 Inspire mark – celebrating the link to the Games.

The funding will enable Stockton Junior Rugby Academy to refurbish and update current facilities to allow for planned junior rugby expansion and will help the development of a fledgling female rugby club. The refurbishment of changing facilities, which have served the club for over 40 years, with only minor modification, is seen as a key factor to attracting new playing members across all age groups, but with particular emphasis on juniors and females.

At present over 160 young people use facilities there that are very outdated, and is inadequate for the numbers involved, as well as restricting the growth of the club in the long term.

The project is one of 350 local community sports groups who have been offered a total of £17.4 million in Olympic legacy funding through the Inspired Facilities Fund. The investments announced today will breathe new life into tired facilities that can be unattractive to sports participants, difficult to maintain and run. Grants have also been offered to convert existing buildings into venues that are suitable for grassroots sport and to allow local clubs to buy the facilities they use.

Alex, who was honoured by the Academy when they made him Patron recently, said:

“It was tremendously good news to hear of the £50,000 Sports England grant which will make all the difference to Stockton Rugby Academy.  It is an Academy rooted in its community and their work with young people is quite excellent.  I am sure the cash will be well spent to develop very good facilities which will, I am sure, attract more young people and allow the Academy to expand its community activities.”