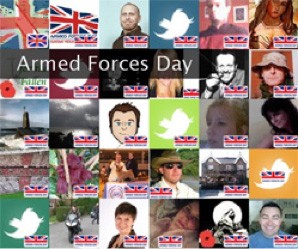 Stockton North MP Alex Cunningham has called on the Government to start urgent cross party talks to end discrimination against members of our Armed Forces.

Leading a debate in Parliament about Armed Forces Day, Alex paid tribute to the honour and distinction of British Servicemen who work selflessly to defend the UK and its interests and play a crucial role in making our world as safe as possible.

However, whilst opinion polls suggest that 95% of the British public ‘respect’ the Armed Forces, abuse of service men and women does sadly exist. More than one in five members of the Forces said they had experienced strangers shouting abuse at them while wearing their uniform in public in the UK in the last five years. Nearly one in twenty said they had experienced violence or attempted violence, and 18% have been refused service in hotels, pubs or elsewhere.

Labour is calling on the Government to bring together all parties, the Military and service charities to discuss how we can end this appalling abuse of the service community.

“This Armed Forces Day on 30th June, I want to pay tribute to the service men and women who protect our country and the world, in the most challenging circumstances imaginable.

“We should never take the incredible bravery and service of the British armed forces for granted. The sacrifice they make on our behalf is something that everybody needs to understand. Their contribution to our safety and security is immense and we owe them all a huge debt.

“And while we celebrate their accomplishments, we on all sides of the political spectrum must also acknowledge the difficulties they face and work harder to improve the quality of life for the armed forces and their families.

“That is why I am calling on the Government to examine greater legal protections for the Armed Forces and their families and combat the appalling abuse by a minority of people.

“Armed forces look to us to support them and their families in what they do. That is our duty.”

Community groups across Stockton could win up to £25,000 for local projects