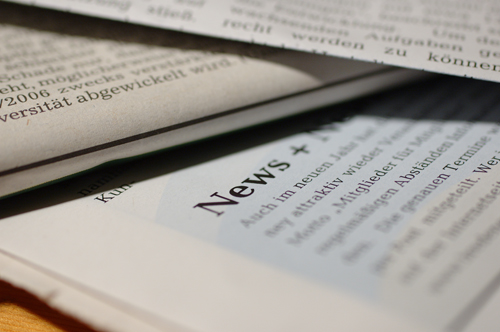 Young people are facing an increasingly difficult task growing up in the North East; with youth crime rates the highest in the country, it is difficult for people not to have a negative perception of the youth in Teesside. (Rates of first-time offending  in the North East, where 2,710 children per 100,000 had got into trouble, rising to 3,200 in Sunderland and 3,120 in South Tyneside in 2011.)  While this problem is not just regional, youth in the local area seem to be vilified by the local media.

On 8 April 2012, the Evening Gazette published an article that read: ‘Boy held over attack on girl, 10.’  This story then featured on the front page of the Evening Gazette.  The story details a sixteen year old boy seriously assaulting a ten year old girl.  Many of us would agree that this is a harrowing story, and the teen who committed this crime should be punished appropriately.  However, it denotes the current  youth as being a bunch of savage criminals.  The problem is not that the youth of today are people who pursue vandalism and cause crime; it is the persistent failure to acknowledge that these are the actions of the minority that is damaging the perception of young people locally, and justifying the ‘yob’ stereotype.  This is a major problem as it doesn’t just damage the view of young people; it may have a direct correlation between the lack of youth employment in the local area.

As many people know it is very difficult to find a job in any area.  However, it is specifically difficult in the North East, which has the highest rate of unemployment in the country (11.3%) and the highest proportion of youth unemployment in the country at (14.6%).  This is not because youth in the North East have a low GCSE pass rate – another media myth. In fact students in the Stockton Borough Council area secured 59 per cent success rate in  five or more A*-C passes in 2011, including English and maths, which continues the trend of steady improvement in GCSE pass rates in the area.

Unfortunately, it is very difficult for young people to secure sustained employment if this perception of them has been firmly placed in an employer’s mind. This is added to many other disadvantages young people could face against other possible ‘experienced candidates,’ such as lack of job experience and limited references from other work placements. Taking this into account a poor media perception may not be the only reason the youth struggle for employment, but it certainly acts as a contributing factor towards youth unemployment in the North East.

It is often overlooked that young people do a lot for the local community, with news stories being pushed to the middle of the local newspapers. However it is imperative that the good work by local youth should be highlighted rather than the acts of a minority. Stories such as that of a 15 year old girl from Redcar, who received an award for her dedicated work to Cancer Research UK, should be pushed to the forefront of our minds by local media, to celebrate the achievements of the North East’s next generation. If these stories were published in a more visible area of the newspaper (i.e. near the front page), we would most definitely see a more positive reflection of local youth, and a feeling of togetherness in the local area.

Alex signs pledge to Back British Farming in the North East