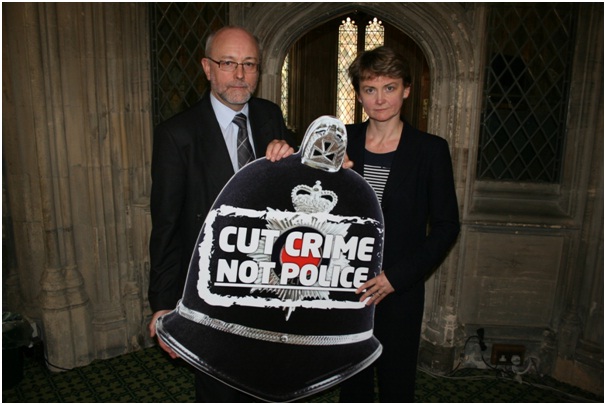 Stockton North MP Alex Cunningham is calling on the Government to change course after today’s figures show the Police numbers have fallen to the lowest for nearly a decade, including the loss of 195 in Cleveland Police Authority since March 2010.

The figures show that there are now nearly 10,000 fewer officers on the streets, with the majority of the officers lost coming from 999, neighbourhood and traffic response units – the officers we rely on in an emergency.

Labour is calling for the Government to change course and implement a proper plan to cut crime, not just police officers.

“People from in Teesside want to see police on their streets, but these figures show the Tory-led Government’s cuts mean 195 already lost from our local communities, with more cuts to come.

“I will be working alongside my colleague Barry Coppinger the Labour Police and Crime Commissioner for Cleveland because I will not leave communities with Tory PCC candidates who will only be cheerleaders for cutting more of our police officers.

“Crime fell by 43 per cent with Labour according to the British Crime Survey. The same survey shows this progress has ground to a halt under the Tory-led Government during which time we now know they have cut nearly 10,000 officers.

“We need real change from this Government to make our streets safer. Prioritising neighbourhood policing, taking anti-social behaviour seriously, tackling the causes of crime with police and local authorities working together, ensuring no privatisation of core policing, and building strong communities with respect to all and responsibility by all is a must.”

Alex questions Minister on measures to curb FOBT use