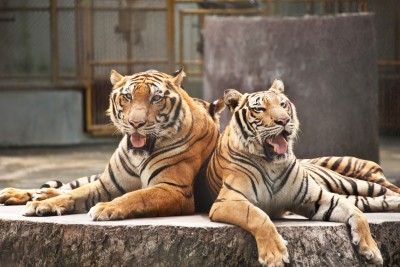 Stockton North MP Alex Cunningham has challenged the Government in Parliament over its failure to implement a ban on wild animals in circuses, despite the House of Commons unanimously passing a backbench motion calling for a ban.

Alex accused ministers at the Department for Environment, Food and Rural Affairs of ‘failing to show any political leadership’ and asked the environment minister Jim Paice MP, when he will bow to the will of both the House and the 95% of the public who support a ban and bring forward the legislation.

The minister merely said that legislation will be introduced ‘as soon as parlimentary time allows’- this is in spite of it being more than a year since the Commons unanimously voted for such a ban.

“Defra ministers have shown us just how out of touch they are with the public by failing to legislate a ban on wild animals in circuses, and are hiding behind spurious threats of legal challenges in the EU as an excuse for doing nothing.

“Now they are saying they will introduce a bill when parliamentary time allows. But if the government have enough time to legislate on House of Lords reform, why can’t they do the same with this?”