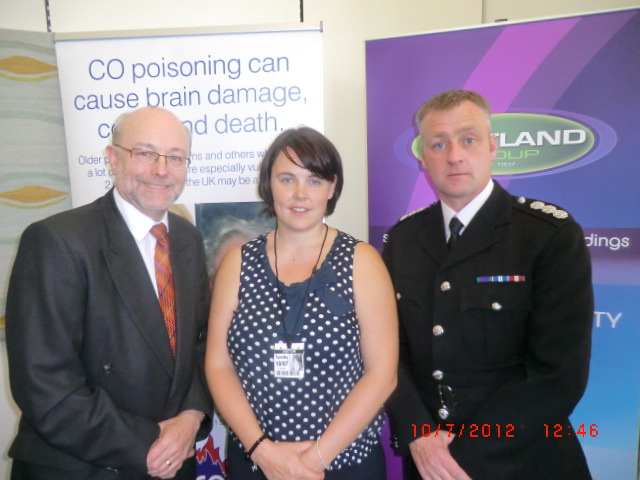 The campaign is in memory of 14 year old school girl Hannah Thomas-Jones and the others who have lost their lives to carbon monoxide from barbeques or camping lamps.

Thanks to the work of the Carbon Monoxide Awareness charity, major retailers including Tesco, Morrisons, Homebase and B&Q have now pledged to put up point of sale notices in their stores for barbeque equipment, warning customers of the dangers.

Carbon monoxide is difficult to detect because it is colourless and has no taste or smell- people often don’t realise that they are being overcome by fumes until it is too late. In order to raise awareness of this danger, campsite owners and their staff will also be targeted with information on how to recognise the presence of carbon monoxide in enclosed tented areas and caravans.

“Having previously worked in the gas industry, I know very well the dangers of carbon monoxide poisoning, and I am delighted to be supporting this important campaign and to raise awareness of the dangers using barbeques in tents.

“We don’t want to see another death or injury from a barbeque during a music festival, the Olympics or summer holidays. I am determined that such incidents should not be allowed to happen again, and that is why I am calling on barbeque grill manufacturers to do their bit and educate the public so that these terrible, yet totally avoidable, incidents can be prevented.”