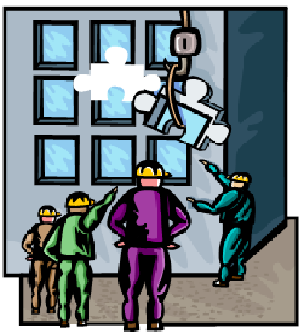 Stockton North MP Alex Cunningham has expressed his delight at securing a major victory for the future of Stockton High Street, having successfully encouraged flagship High Street retailer Debenhams to refurbish and revamp their store on the High Street.

Earlier this year Alex wrote to Debenhams regarding plans for future refurbishment, asking whether such plans could be advanced.  Debenhams have since replied in a positive manner informing that refurbishment works are to commence on 16 July 2012, with an anticipated completion date of September 2012.

This is the latest in a string of regeneration scheme successes for Stockton North. The Globe theatre is due to undergo a facelift of its own, with residents disappointed that the historic theatre – which has hosted such iconic bands as The Beatles – has become dilapidated and underused.  Stockton Borough Council hopes this refurbishment will attract an extra 82,500 extra visitors per year, estimating an extra spend of £7.8 million per year.

The latest good news follows the Mary Portas Report on High Streets.  After the report was published, the Government announced that 12 towns across Britain were to receive £100,000 to implement the strategies recommended in the report and act as ‘Portas Pilots’ to a new age of High Street success, with Stockton being chosen as one of these pilot areas.

“It is great that a premier store, such as Debenhams, has invested in our High Street.  I am optimistic that this project will lead to a very bright future for Stockton and its residents. This is a major victory for Stockton showing that major stores are willing to invest in regeneration in the current economical climate. I am hopeful that this will attract more customers to our High Street, boosting the local economy.”

Put tackling child poverty at the centre of the Budget, says Alex as he renews his call for the Chancellor to scrap Universal Credit cut plans