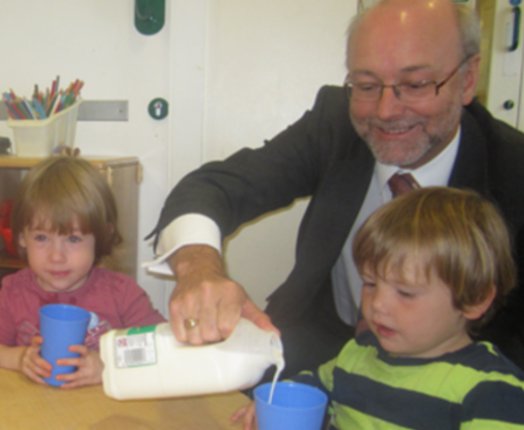 Redhill Day Nursery was one of thousands of schools across more than 30 countries taking part in celebrations dedicated to World School Milk Day on 26th September.  The day encourages children to drink milk and aims to educate them about the benefits of milk.

In the UK, school milk is free for children in day-care or primary education under the age of five and subsidised for school children aged five to 11.  Milk is delivered fresh and chilled to the classroom, distributed by children and consumed as a group.

“No-one can doubt the health benefits of milk to our children and I’m pleased to spend time with the Redhill nursery children to highlight its importance.  Several decades later I still regret Margaret Thatcher’s decision to stop free milk for all school children – many have lost out over the years and I believe could have been given a better start in life.”

School academies are failing to reach out to the poorest students