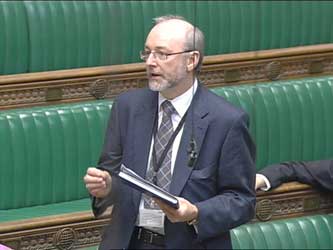 The Chancellor’s economic record was today described as ‘hopeless’ in the immediate aftermath of the Chancellor’s Autumn Statement, which confirmed that the Government was set to miss its own borrowing target to get debt falling by 2015, that the economy is again expected to shrink this year, and that long-term unemployment continues to rise.

Alex Cunningham, the Member of Parliament for Stockton North, said the record was ‘a disaster that keeps on getting worse’. He pointed to the Chancellor’s self defeating cuts which had put thousands out of work across Teesside alone and has seen an enormous increase in in-work poverty, and both when he was awarding an enormous tax cut to millionaires.

There was also no new help announced for the million young people unemployed, and the growing army of the ‘under employed’ – the people who have seen their wages and hours cut as the economy worsens.

“This Government’s economic policy is a disaster that keeps getting worse. Not only was there no new help announced for the million young people unemployed, there was nothing in it that I could promote to my constituents as something which might help them. The Chancellor even refused to back down on his tax cut for millionaires, while continuing the cut the services that people rely on.  It’s amazing that the tax cut for millionaires is three times higher than the average wage in our area.

“There was also little in this statement to help Teesside or even the economy as a whole which the chancellor conceded is shrinking and will see little growth over the next several years .

“Instead of the Tory-led Government’s failed approach, we should adopt a plan to create jobs and growth, which we need if we are to get the deficit down and catch up all the lost ground of the last two years. Labour’s five point plan includes bringing forward infrastructure investment, a temporary VAT cut and a bank bonus tax to fund a jobs guarantee for young people.”

Arqiva falling short in response to Bilsdale Transmitter, says Alex as he calls for Ofcom inquiry