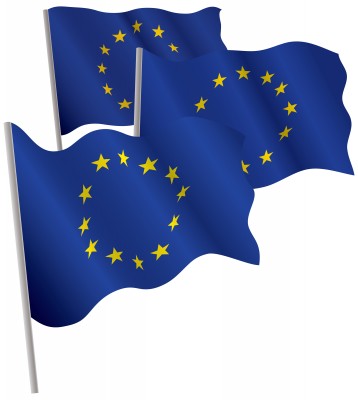 This week saw the House of Commons debate our relationship with the European Union – a relationship that is crucial to our country’s future. It was in the mid-1990s that the issue of Europe was so central to the political debate in our country and it is right that MPs now give it more attention again.

That said, I am not alone in being alarmed at the policy set out in the Prime Minister’s speech on the European Union. It has managed to unite the TUC and the CBI in worrying for our economic prospects, while the very possibility of exit has alarmed our European friends and neighbours, while provoking words of warning from the United States.

In seeking to appease his backbenchers the Prime Minister has designed a policy which threatens not only to distract the Government’s attention from the grave economic problems that we face, but made it even harder to actually deal with them.

The Government’s recession at home, and the Eurozone crisis abroad, have pushed the Prime Minister into acquiescing his Party’s demands for a tougher line on Europe. Conservative MPs, most of whom are unquestioningly hostile to the EU, have used the opportunity that crisis has provided to force a weak Prime Minister to adopt their agenda, propose a referendum on our continued membership, and set out on a course to bring some powers currently ceded to Europe back to a national level.

Those of us who oppose the Prime Minister’s policy are sceptical. My party proposes a route to European reform which works in partnership with, rather than opposition to, our continental friends. We propose a reformed and restrained European budget, a new settlement on the Common Agricultural Policy, and more streamlined and efficient European institutions. We realise how important the EU is, and want it to work.

Where the two main parties agree is that Europe needs to change. But where we emphasise reform, the Conservatives speak of repatriation and retreat. We disagree on what we want a new Europe to look like, why we want it to look that way, and how to go about achieving the change that we think is necessary. In my view, the position set out by the Prime Minister is risky, unnecessary and reckless.

It is risky because nobody knows whether a renegotiation will be successful or what it would look like. It is unnecessary because we do not stand on the cusp of a major transfer of power, and it is reckless because it risks dragging the country through at least two years of grave economic uncertainty for a referendum that may well not even happen.

The incoming President of the CBI argues that a “departure [from the EU] would be bad for employment and growth across a broad business spectrum. Europe benefits companies of all sizes.”

Likewise, the General Secretary of the Trades Union Congress has said “The Conservatives want a free market Europe without workers’ rights, controls on the financial sector, equality laws, human rights and so on. [His strategy] is that if he can blackmail the rest of the EU into that, then he will put that to a referendum and seek the British people’s endorsement.”

Their message is clear; membership of the European Union is good for British business, and provides benefits for people who work in our country. The Prime Minister has managed to create a situation where he cannot tell the business community with any certainty whether the UK will be part of the world’s largest single market in 4 years time. It will be little surprise if investors decide to take their business to a country with a more stable investment climate than our own. That this would be a disaster hardly needs to be said.

Those who argue for a relationship which keeps us in the common market, but removes us from the political structures of the EU need to be clear that such an arrangement would make us subject to EU trade policy without having a say in how trade policy is decided. Norway, which has such an arrangement, pays 80% of the costs of membership without a seat at the table.

As the Member of Parliament for Stockton North, and a former Board Member of One North East, I know how important our relationship with Europe is to Teesside. We are huge beneficiaries of the Regional Development Fund, which we can thank for projects such as the Boho Digital City in Middlesbrough which has expanded into Stockton. We also have a number of large employers who depend on access to the common market to continue in their success.

In the debate this week I raised two specific issues – the dependence of 32,000 Teesside jobs on EU markets and the demands from the Tories to repatriate powers relating to employment.  I stressed that people in my Stockton North constituency, including 4300 on Job Seekers’ Allowance, are more interested in creating and protecting existing jobs and share my view that the Government is running a risk by creating uncertainly for potential investors for several years effectively blighting our country.

On employment law I’m worried that the true agenda of the Government is to repatriate such powers from the EU and then water down the protections people in employment need to stop some employers slashing terms and conditions.

Everyone needs to understand that dialogue and mutual understanding are the key to pursuing meaningful reform, and that while the Prime Minister’s “toys out of the pram” tendency delights the zealots in his party, it won’t achieve the results that we actually need.

Instead of spending his time and attention dreaming up a hypothetical wish list of repatriated powers that will never be granted, the Prime Minister should instead think about how he can contribute to a broad process of European reform that, rather than alienating and upsetting our European friends and creating a frosty period of uncertainty, takes them along with us on a shared path to meaningful reform.

And instead of following his Party into the Eurosceptic doldrums, he should confront the ridiculous fallacy that we are “better off out”, and lead his MPs to confront the reality that any prosperous future for Britain, not least my region of Teesside, requires our continued membership of the European Union.