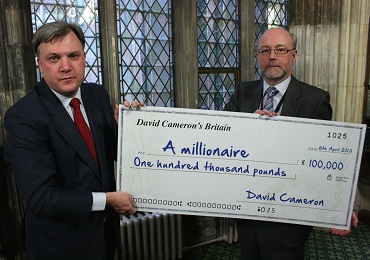 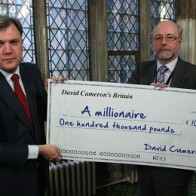 Alex Cunningham MP today hit out at the Government’s “shameless” tax giveaway to millionaires that is due to take effect this April 6th.

The Stockton North MP said that the Government should “think again” about their tax giveaway next month,  when 13,000 millionaires will get a £100,000 tax cut, while ordinary families, and the most vulnerable in our society are being hit with cuts to welfare and vital public services.

The top rate of tax, which the previous Labour Government set at 50p on all income earned above £150,000 per year is to be cut, giving people who are already staggeringly wealthy even more money. The Prime Minister, and other wealthy members of the Cabinet, have refused to disclose whether they stand to personally benefit from the cut.

Labour’s tax policy on high earners is to introduce a mansion tax on properties worth over £2m, in order to fund a lower starting rate of tax on low earners. Despite saying that they favour the policy, the Liberal Democrats recently joined with the Conservatives in voting against it.

“This shameless policy shows exactly whose side this Conservative-led Government are on. While raising VAT, bringing in the bedroom tax, cutting the NHS, and reducing benefits, they are looking out for their own by cutting taxes for the super-wealthy.

“I am completely against this policy. It is only right that the rich contribute more, and instead of bringing in a mansion tax to fund a tax cut for low earners, the Government are cutting taxes for the best off.”