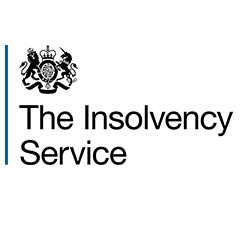 Alex Cunningham, Member of Parliament for Stockton North, has today condemned the Government’s confirmation that the Insolvency Service will close its doors in Stockton and move dozens of jobs out of the area.

Earlier this year, the Government announced plans to relocate services currently offered in Teesside to Tyneside, merging the existing offices in Stockton and Newcastle from August 2013.  The move is one of a series of cost-cutting measures implemented by the Coalition that will have an adverse impact on the people of the Tees Valley.

MPs from across the region, along with Stockton Borough Council, pulled together in an effort to save the Stockton site, which provides crucial services across the Tees Valley and into parts of North Yorkshire and County Durham.

These vital services, relied upon by large numbers of people needing help and advice when they are at their most vulnerable, both financially and emotionally, will now become difficult to access.  Additional transport costs and increased journey distances will exclude many from utilising the expert assistance the Insolvency Service offers.

“Yet again it is the people of Teesside and the wider Tees Valley that suffer at the hands of the Government.  Not only do staff face the prospect of travelling 40 miles to work if they keep their jobs, but vulnerable people needing advice about bankruptcy will have to travel long distances to get it.

“There is no focus on the need for a proper service and countless people will suffer as a direct result of this thoughtless decision.

“Despite having two Government MPs on Teesside, one LibDem and a Tory representing the area covering the office, the Government have again abandoned Teesside.”