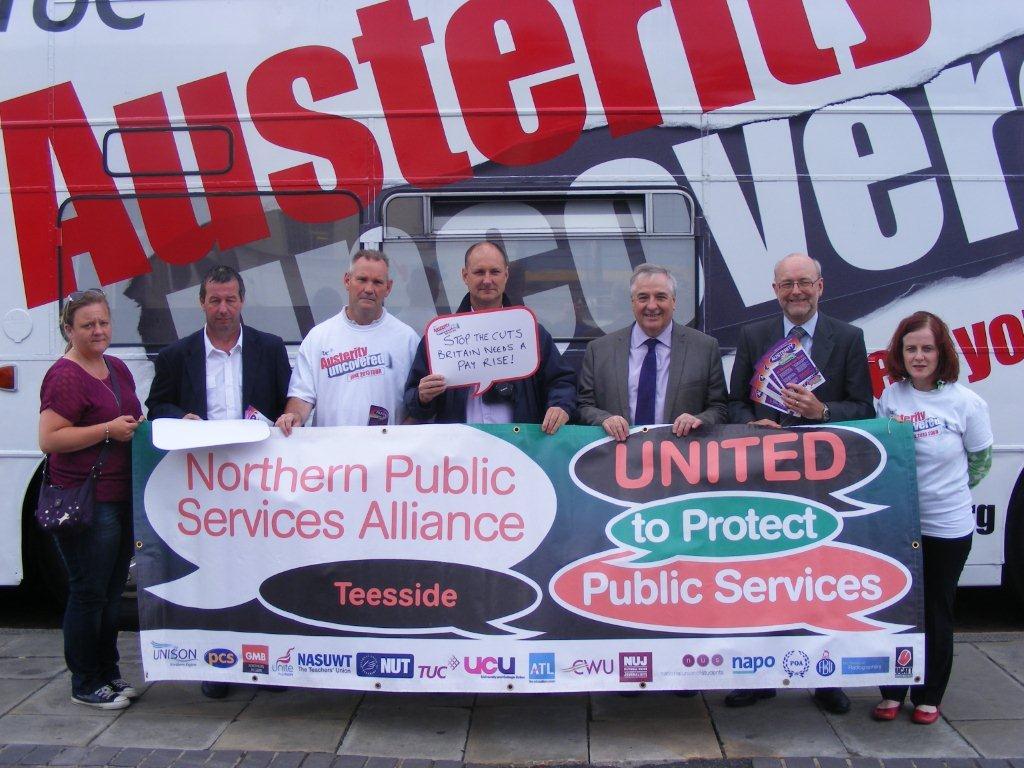 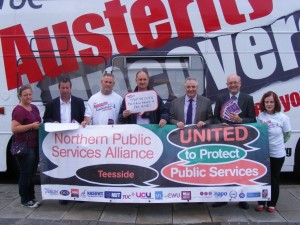 Evidence of the impact of the Government’s austerity programme will be collected from people and organisations in Stockton-on-Tees tomorrow (June 21st) when the Trade Union Congress’s Austerity Uncovered campaign bus arrives in town.

The campaign bus will be in Stockton High Street where members of the campaign are hoping to talk with shoppers and residents about how austerity is affecting life in Stockton. Joining the team will be Alex Cunningham, Labour MP for Stockton North, to discuss the increase in pay day lending and whether a living wage system could help.

“I welcome this opportunity for the people of Stockton North to share their everyday experiences of austerity with the TUC’s researchers.  It is important that evidence be collected with which to challenge the Government’s policies.”

According to research conducted by the TUC*, people in Stockton-on-Tees have been hit particularly hard by the real-terms squeeze on wages which has occurred under the Coalition Government.  The research shows that across the North East, weekly wages have fallen by £23 per week and £1196 per year.  In Stockton-on-Tees, however, the pay gap is even greater, with weekly wages falling by £30 per week and £1560 per year.

“These figures from the TUC show that the Government’s austerity programme is failing ordinary people across Stockton and the North East, whose pay and living standards have plummeted.”

Throughout June, the TUC will be travelling across the country letting people tell their own story about life in Britain today.  The Austerity Uncovered campaign bus will be in Stockton High Street tomorrow (Friday 21st June) between 16.30 and 17.30.

*Wage figures were localised from the ONS using average full-time wages.  Figures for 2012 were compared with what wages would have been had they increased at the same rate as inflation (RPI) since 2010.