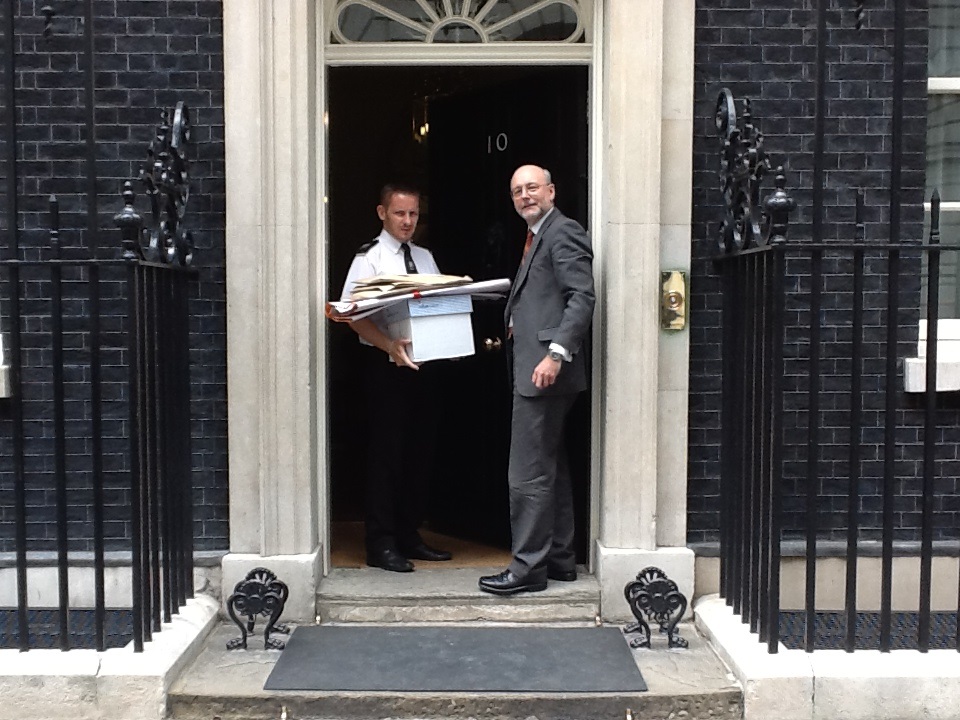 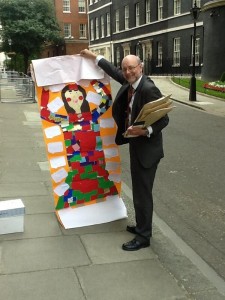 Hundreds of pictures, puppets and poems from The Glebe Primary School in Norton have today been handed in at 10 Downing Street asking the Prime Minister to help in the international campaign to get the world’s children to school.

Stockton North Labour MP, Alex Cunningham, visited the school a few weeks ago to pick up the materials from the children as part of the “Send My Friend to School” campaign, and was pleased to act as postman to deliver them to David Cameron.

The Global Campaign for Education has members in more than 100 countries around the world and children across Britain continue to support campaigns to ensure quality education for all children.  Around the world, The Glebe is part of the 18 million people that have taken part in campaigning activities.

Millennium Development Goal 2A aimed to ensure that, by 2015, children everywhere will be able to complete a full course of primary schooling.  By 2010, enrolment in primary education in developing regions reached 90 per cent.  However, with more children receiving a primary education, demand for secondary education is growing; in 2010, there were 71 million young adolescents out of school around the world.

“It was great to meet the children, listen to their songs and learn about the project they had been doing.  They recognise that there are countless millions of children in the world who still don’t get as much as a primary school education – and they want to help.

“I was very pleased to act as their postman and delivered the entire project to 10 Downing Street this afternoon along with a letter asking the Prime Minister to write to the school and tell them what he is doing to help children much less fortunate than the ones at The Glebe.”