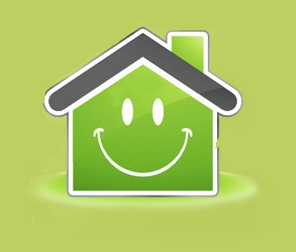 An initiative with business and community leaders organised by Alex Cunningham, Labour Member of Parliament for Stockton North, to add a “green” dimension to the Tees Valley’s bid for City Deal status took another step forward when he presented the report to the Minister for Cities.   And it won a positive response.

Alex recently hosted a workshop at which the Green Alliance worked with the leaders to see how low carbon industries could play a part in developing jobs and growth in the area.  He then met with Rt Hon Greg Clark MP, along with two other MPs who were involved in the project in their own areas.

The Tees Valley is one of 20 areas invited to submit an Expression of Interest, which sets out the area’s economic landscape and highlights the positive impact City Deal status would have.  While no new resources are available to allocate, applicants are able to identify the funds and powers they feel could be transferred from central to City Region to ensure greater policy freedoms and localised decision-making.

During a positive session, the Minister acknowledged that many of the City Deal applications currently being further developed prior to their consideration in detail by the Government did not have a particular “green” component, though it was accepted that there was great scope for a green element to run through much of what is proposed across all sectors of activity.

On this basis, the Minister acknowledged the strength of the Tees Valley bid – put together by Tees Valley Unlimited, the Local Enterprise Partnership.  Mr Clark noted that he had been very impressed by the City Deal bid from the area and recognised specifically the importance of the low carbon element within it.

“I was pleased to meet with the Minister (whose home town is Middlesbrough) to discuss the City Deal applications, and was particularly happy to hear him acknowledge the quality of the bid submitted for the Tees Valley region.

“While the Minister stressed that it was up to individual areas to demonstrate plans that would work for their communities to deliver jobs and growth, I was nonetheless pleased to hear his enthusiasm for the green element that underpins the Tees Valley bid.

“I know that a lot of hard work has gone into developing the bid to reach this point, and I hope that the same level of enthusiasm and commitment can be maintained to give the best possible chance of success for the sub region.”