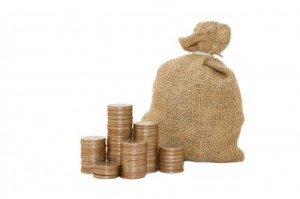 People across Teesside are an average of £3.70 a day worse off than they were at the time of the General Election according to analysis from the Office for National Statistics which reveals the true scale of the cost of living crisis that is currently being faced by across Britain.

Prices have risen faster than wages in all but one month of David Cameron’s premiership – April 2013.  Coincidentally, this was the same month that saw the Government cut taxes for millionaires while bank bonuses soared.  This has resulted in working people today being an average of £1,350 worse off per year in real terms since the 2010 General Election.

Official forecasts also reveal the extent to which working people are set to be worse off after five years of Conservative-led Government.   Analysis of forecasts from the Office for Budget Responsibility by the House of Commons Library shows that, after inflation, wages are forecast to be £1,520 lower in 2015 than in 2010. Working people will therefore, on average, have lost a total of £6,660 in real terms while David Cameron has been Prime Minister.

Research commissioned by the Labour Party from the House of Commons Library also shows that since 2010 wages have fallen in real terms in every region throughout the UK.  To make matters worse, in the three years since this Government came to office, prices have risen faster in the UK than in any other G7 country, despite no other G7 country experiencing workers’ real incomes fall by as much as the UK.

“David Cameron is well on the way to securing his place in the record books as the Prime Minister that destroyed the living standards of working people.  His economic policies have failed disastrously and have resulted in working families being out of pocket.

“Despite promises published in the Conservative Manifesto in 2010 to boost both the economy and living standards in a sustainable fashion, hard-working people are again losing out.  As a result of botched economic policies, the North East has already witnessed a fall in real terms wages of 5.8% under this Tory-led Coalition, and things look set to continue.”