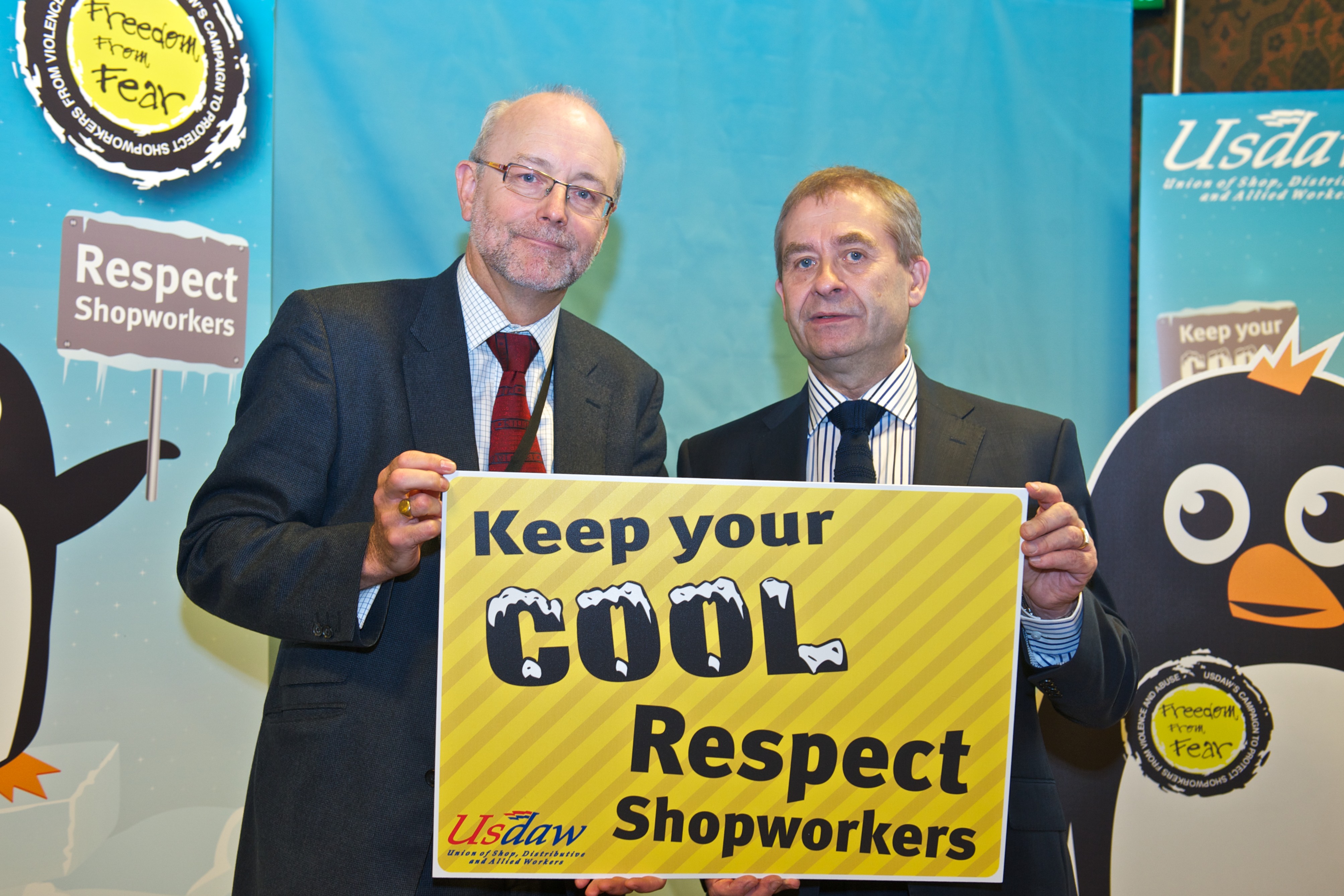 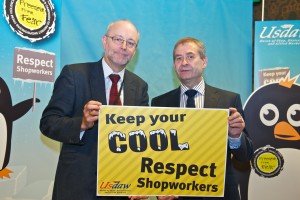 Shopworkers and public-facing employees are too often confronted with violence, threats and abuse, and not enough is being done to protect them in the line of duty, according to Alex Cunningham.

Labour’s MP for Stockton North has joined with members of the retail union Usdaw to campaign for respect for shopworkers as part of the Freedom From Fear campaign, which seeks to prevent violence, threats and abuse directed at retail staff.

The campaign event took place the day after the Government blocked a Labour amendment to the Anti-Social Behaviour, Crime and Policing Bill, which would have introduced a specific additional offence of assaulting a worker serving the public.  Under current sentencing guidelines, assaulting a worker is an aggravating factor, but there are concerns this is not being applied during prosecution and sentencing.

“I voted for Labour’s amendment to provide stiffer sentences for offenders and I was very disappointed to see Tory and Liberal MPs combining to block it.  There is a real need to address the scourge of workers being assaulted and I am concerned that assailants are getting away with relatively lenient sentences.  It is really important we stand by together and ask people to keep their cool and respect shopworkers.

“In one instance, a man who grabbed a shopworker, pushed him back against a window and then walked off shouting that he was going to ‘get him’, was told in court that his suspended sentence for a previous offence would not be activated.  In other cases, offenders too often aren’t charged at all, leaving victims feeling that no one cares that they were assaulted.

“These cases do not suggest to me that the issue of violence against shopworkers is being taken seriously. I will continue to campaign with Usdaw for a change in the law to ensure that proper punishments are given out and to give a clear message that assaulting workers who are serving the public is totally unacceptable.”

“Often, in the course of their duties, shopworkers are expected to enforce the law – whether preventing under-age purchases or detaining shoplifters until the police arrive – and they can be put in real danger.

“I have been shocked by the leniency of some of the sentencing for assault of workers. What we are seeking is a simplification and clarification of the process, by taking the assault of workers out of a list of aggravating factors and creating a separate and distinct offence. This will provide clarity to the public and ensure that the offence is properly considered by the courts.”