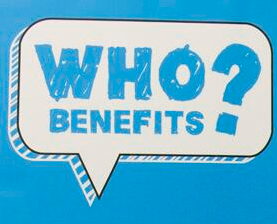 Labour’s Member of Parliament for Stockton North, Alex Cunningham, has given his support to a campaign which aims to give a voice to the millions of people supported by benefits at some point in their lives.

Polling by the campaign, Who Benefits?, has revealed overwhelming public support for the principle that benefits should be there for those who need them. 81 per cent agreed that ‘benefits are an important safety net to support people when they need help’, while almost two-thirds agreed that ‘we all benefit as a society when support from benefits is available for those that need it’.

The Who Benefits? campaign, launched by more than 70 charities and community groups brought together by The Children’s Society, Crisis, Gingerbread, Macmillan Cancer Support and Mind, argues that the overwhelming majority of those on benefits really need the support, yet too often their voices are ignored, misrepresented or at worst they are blamed for their situation.

“I’ve seen first hand how the vast majority of those supported by benefits really need that help, so it is great that Who Benefits? is helping give them a voice.  People from all kinds of backgrounds need help from benefits at some point in their lives, and I would encourage them to support the campaign and share their own stories so the debate on benefits reflects their experiences.”

As part of Who Benefits? a thousand people who have been supported by benefits have already shared their stories, and Alex is encouraging others to share their experiences through the whobenefits.org.uk website and through social media with the hashtag #WeAllBenefit.

Matthew Reed, Chief Executive of The Children’s Society, said: “Life is full of ups and downs, it can be unpredictable.  But no one should go hungry because they lose their job or get into debt because they are on such a low wage.  And it is reassuring to see that the public support this view.”

Leslie Morphy, Chief Executive of Crisis, said: “At Crisis we see every day how support from benefits lifts people out of homelessness, or prevents them from ending up on the streets in the first place.  With this support we see people moving into work and on to a better life.  Yet all too often the realities of people’s lives and situations are just ignored.

Alex urges Stockton students to seize the Chance to be Chancellor

Alex and Linda Robson get behind the daffodil this March