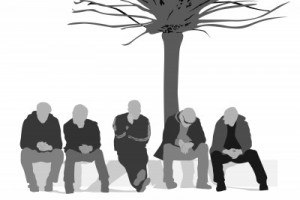 Landlords are not being paid their rent as parents, hit by the benefits cap, prioritise feeding and clothing their families and paying other bills over making rent payments, Labour MP for Stockton North, Alex Cunningham told the Commons.

He also asked the Secretary of State for Work and Pensions what he is going to do to ensure the bills are paid and landlords don’t lose out.

The cap, which cuts the income of many families, is fixed under the Housing Benefit (Benefit Cap) Regulations 2012.

Because the Government want to cap benefits with immediate effect, they have reduced Housing Benefit as they can’t currently reduce the money paid to families for them to live on.  This can leave landlords with a largely unexpected gap in income, and only when the Government’s Universal Credit is introduced will they be able to reduce the cash paid for living expenses.

Speaking during Questions to the Department for Work and Pensions in the House of Commons, Alex asked:

“The unemployment rate in my constituency is nearly 9%.  One mother whose benefits have been capped has little opportunity of getting a job, especially as she has several small children to look after.  She is putting feeding and clothing them and paying bills ahead of paying her rent, so her landlord is receiving just £30 a week.  Can the Secretary of State provide a fair alternative to the landlord’s throwing that mother and her children out on to the street?”

However, the Minister failed to recognise this flaw and declined to offer any constructive suggestions to assist in alleviating the situation.

After the Questions session, Alex said:

“As with other welfare reforms, notably the rollout of Universal Credit, the introduction of a welfare cap has been poorly managed by the Government and we are seeing situations whereby landlords are being penalised by policies that have not been properly thought through.

“It is worrying that the Minister seemed content to gloss over the matter without offering even a morsel of productive guidance, and perhaps even more alarming that he seemed unsurprised by the circumstances that have arisen.

“I know we need to reduce the welfare bill but it is not acceptable that innocent people are being caught in the Government’s net of welfare reforms, and I will continue to do all that I can to highlight these injustices and ensure that they are addressed.”