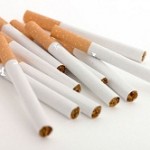 Stockton North’s Labour Member of Parliament has highlighted the tactics used by tobacco companies to promote their lethal products and capture new customers, particularly young people, in order to illustrate why they must be compelled to sell their products in standardised packages.

During a debate in the House of Commons, Alex Cunningham criticised the Tory-led Coalition for failing to act to introduce legislation requiring standardised packaging for tobacco products, accusing the Government of dragging its feet.

During the debate, Alex said:

“Reducing the prevalence of tobacco use is a key public health priority.

“Smoking remains the leading cause of preventable mortality in the UK.  Half of all lifetime smokers will die from smoking-related diseases.  Staggeringly, that’s more than 100,000 preventable deaths a year.  Yet, one-in-five adults continue to smoke, and more people continue to take up the habit, including 573 children aged 11-15 every day.”

Alex noted the wealth of evidence showing that standardised packs work, noting that a systematic review carried out by the University of Stirling for the Department of Health found standardised packaging to be less attractive while improving the effectiveness of health warnings, thereby reducing smoking uptake.

“The real concern of the tobacco industry about standard packaging is, of course, that it would prevent them from marketing their products and recruiting new smokers.  In Stockton North, we have 610 children aged 10-14 who are already regular smokers – that probably means well over 1,000 in the Borough.

“The former Minister for Public Health acknowledged that plain packaging will help to protect our children from the evils of smoking, confirming that this measure would not amount to a nanny state, yet the Government continues to refuse to bring in standardised packages until an evaluation of the Australian scheme has been completed in several years time.”

“I hope that colleagues in the House of Lords will vote for Amendments to the Children & Families Bill seeking to introduce new clauses creating a requirement for standardised packaging, and which could also reintroduce my own proposals to render it illegal to smoke in any vehicle where children are present.”