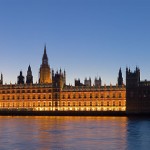 Young people from children’s homes across the region, including Teesside, put Stockton North’s Labour Member of Parliament on his mettle when they met at Newcastle City Library talk about children’s residential care.

Alex Cunningham was amongst a group of regional MPs and local councillors who were joined by the Children’s Rights Director for England at the Passport to Parliament event to talk about the issues that affect young people in care.

The annual Passport to Parliament event gives children and young people in care the chance to debate whether there is enough support when they move into children’s homes, the importance of good relationships with the staff who work in them, and the support they need when leaving.

The event, run by “The Who Cares? Trust”, included group workshops, sessions on politics, and a panel debate.  This gave young people the chance to put their views and experiences directly to a group that featured MPs, councillors, an Ofsted Inspector, the Children’s Rights Director and the Principal Partner at the National Centre for Excellence in Residential Child Care.

“It was a real pleasure to spend time with some very wise and inspirational young people at the Passport to Parliament event, and it was clear from some of the discussions that there is at times a disconnect between the legislation and what happens in practice to looked after children.

“We therefore need to get better at listening to our young people.  Events like this are extremely valuable because they give politicians the opportunity to hear their experiences and ideas for change in real detail, and it is this opportunity to hear these stories first hand that has the most powerful impact on policymakers.

Natasha Finlayson, Chief Executive of The Who Cares? Trust, said: “Passport to Parliament is our flagship project to engage young people from all over the country in national political issues, and empower them to campaign for the improvements to the care system they want to see.”

Daniel, 16, has been in care for 12 years.  He said: “Passport to Parliament gives young people in care a chance to get their views across to the people who matter.  It’s fantastic to know that I can contribute and campaign for the changes to the care system that count – the changes that children and young people want to see.”

Alex calls for childhood obesity plan to be implemented without delay