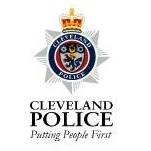 MPs across Teesside have joined forces to try and persuade the Home Secretary to rethink cuts to the Cleveland Police budget which will result in the loss of 50 police staff and 34 Police Community Support Officers and put another 58 police officers at risk.

The MPs have written following a recent letter from Barry Coppinger, the Cleveland Police and Crime Commissioner, urging the Home Secretary to consider the implications for policing and community safety, as well as asking her to rethink the funding of the Independent Police Complaints Commission which, as it currently stands, means forces will face even more cuts.

The 2010 Comprehensive Spending Review saw funding to Cleveland Police reduced by £15.1 million, while further cuts in June 2013 slashed the Force’s budget by an additional £4.8 million.  On top of this, an enlarged Independent Police Complaints Commission will result in further reductions if additional costs are to be taken from the existing Policing budget, while the potential for even more cuts in the coming financial years cannot be ruled out.  This would leave Cleveland Police with 25% fewer resources than they had just under four years ago.

Labour MPs – Alex Cunningham, Andy McDonald, Iain Wright and Tom Blenkinsop – have backed the Police and Crime Commissioner’s request and urged the Home Secretary to find an alternative.  The region’s two Government MPs did not support the calls; the Conservative Member for Stockton South declined to sign the letter (attached) while Redcar’s Liberal Democrat failed to respond to the invitation to do so.

“The scale of the financial challenge we face is absolutely unprecedented. Working with the Force, I have approved a number of measures to be put in place to make these savings over several years.   But the cuts are too quick and too deep. We are doing absolutely everything we can to minimise the impact on policing and I am extremely concerned about the effect this will have on communities in Cleveland should there be any further savings we have to find.

Speaking on behalf of the group of Tees Valley MPs, Alex Cunningham said:

“Under David Cameron’s Conservative-led Coalition, there are fewer frontline police on the streets and fewer crimes being solved.  Police officer numbers are already at their lowest level in over a decade.

“These further cuts will only make the situation worse, meaning fewer frontline officers, fewer officers responding to 999 calls, and the police being both less visible and available.  We therefore support Cleveland’s PCC in urging the Home Secretary to rethink her decision, and call on her to find an alternative solution that will not risk community safety.”