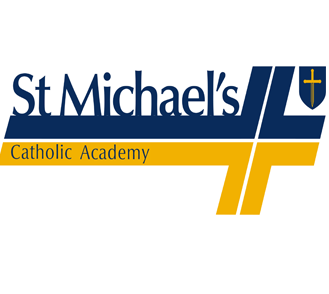 Students at St Michael’s Catholic Academy in Billingham are centre stage in a new report for their role in a national campaign on the future of education in the UK.

The campaign, run by Pearson and Teach First, aims to make young learners’ voices be heard in the ongoing debate on the education system.  Following a six month consultation with students across the country, including at St Michael’s in Billingham, a report has been published which brings together young people’s views on whether they have a voice at school, what makes for an engaging class, how education can help them achieve their aspirations, and whether the assessment system gives them a fair chance to demonstrate what they have learned.

Alex arranged for Pearson and Teach First to visit St Michael’s earlier this year, and was pleased to join them at a consultation event where he heard students discuss their hopes and aspirations for the future, as well as their views on how the education system could better meet their needs.

“I was hugely impressed by the students at St Michael’s, who showed knowledge and wisdom beyond their years during the consultation we had earlier this year.  It is very important that the voices of young people are heard in the debate about the future of the education system.”

Among the report’s findings were that most students expressed the need for learning that relates more closely to their aspirations.  Indeed, four in every five respondents agreed that teachers should have more time to get to know their students and understand their goals.  Students also expressed strong opinions about end of year exams not being the best way to assess learning, in particular the feeling that their future may rest arbitrarily on their performance on one given day.

“One of the students at St Michael’s told us that ‘education is an experience, not an exam’.  What a fantastic, articulate contribution to the debate about the shape of our education system.  We need to listen and ensure that we take young people’s views into account.”

The report is available at http://uk.pearson.com/myeducation.