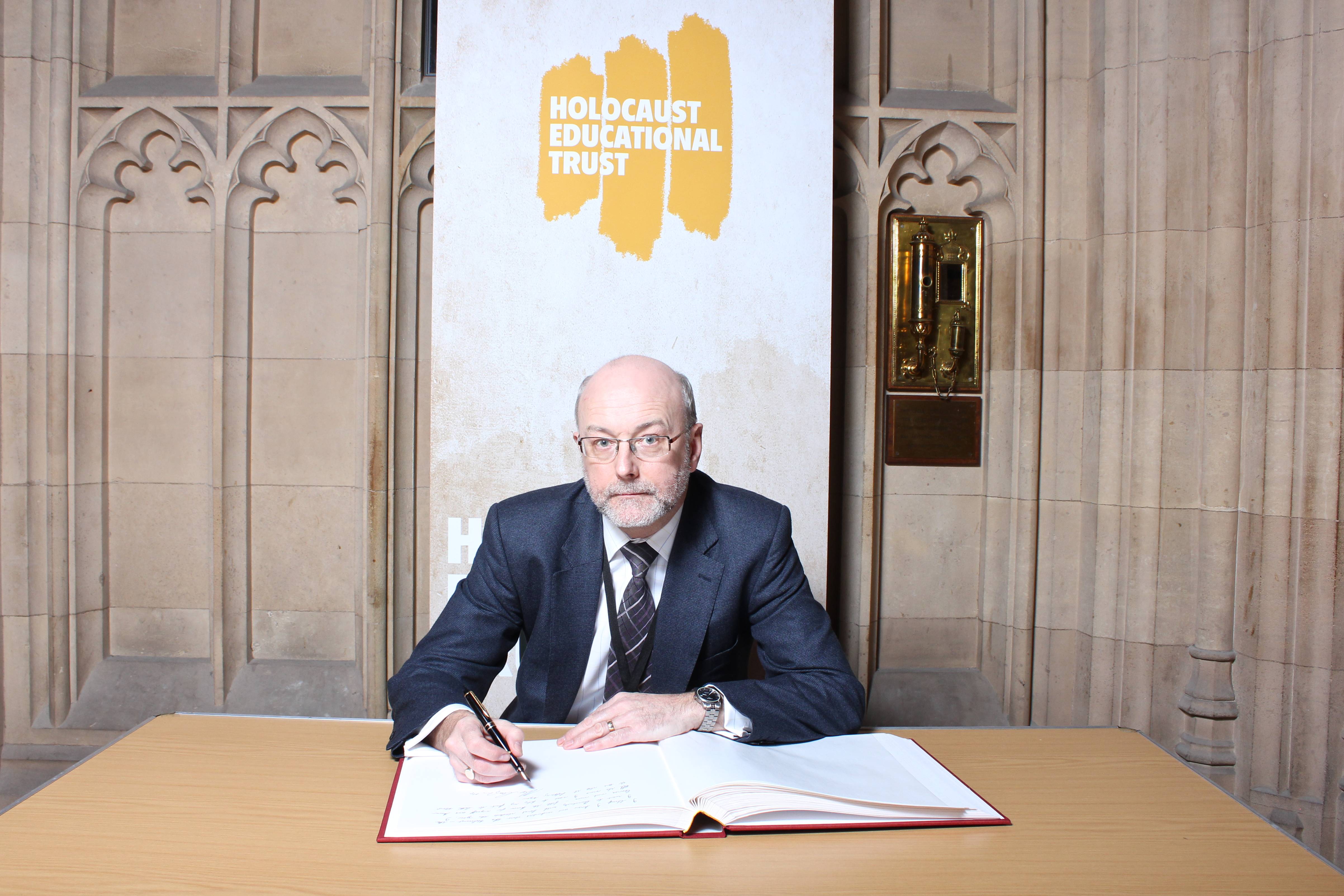 Alex Cunningham has marked Holocaust Memorial Day by signing the Holocaust Educational Trust’s Book of Commitment in the House of Commons to honour those who died during the Holocaust as well as honouring the extraordinary Holocaust survivors who work tirelessly to educate young people about what they endured.

Monday, 27th January will mark the 69th anniversary of the liberation of the Nazi concentration and death camp Auschwitz-Birkenau, the site of the largest mass murder in history.

In the weeks leading up to, and after, Holocaust Memorial Day, thousands of commemorative events will be arranged by schools, faith groups and community organisations across the country, remembering the victims of the Holocaust and subsequent genocides.

In November 2013, the Stockton North MP took the unique opportunity to join more than 200 post-16 students from Stockton North and the wider Tees Valley on a visit to the Nazi concentration camp Auschwitz-Birkenau, learning more about what happened and paying his respect to the victims while exploring the lessons of the Holocaust and its relevance for today.

“Holocaust Memorial Day marks the anniversary of the liberation of the Nazi concentration and death camp Auschwitz-Birkenau – and is an important opportunity to remember both the victims and survivors of the Holocaust.

“I cannot overstate the impact of visiting Auschwitz-Birkenau and of recognising the full extent of the industrialised nature of the Holocaust.  These events may have taken place 70 years ago, but as our society bears witness, we need to continue to teach the lessons of the Holocaust to the younger generations in order to fight bigotry and hatred today, and I hope that constituents will join me in marking the day and in the fight against prejudice and intolerance.”

Karen Pollock MBE, Chief Executive of the Holocaust Educational Trust, said: “We are proud that Alex is supporting Holocaust Memorial Day.  It is vitally important that we both continue to remember and learn from the appalling events of the Holocaust – as well as ensuring that we continue to challenge anti-semitism and all forms of bigotry.”