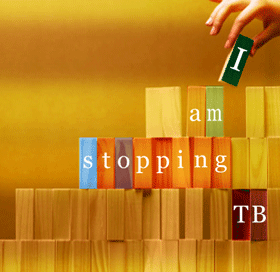 Every year over a million people die from a disease that many people consider to have already been eradicated, and Alex Cunningham has called for greater action to prevent the tragedy of tuberculosis (TB).

And to mark World TB Day, Stockton North’s Labour MP has joined representatives from across the G7 and EU to urge renewed action to combat the disease.

TB, which is airborne, infectious and drug-resistant, is found in every country in the world.  Yet in the UK, more people associate the disease with badgers than with humans despite parts of the country having rates that match those found in some of the worst affected countries in the world.

Diagnosing and treating TB can prove to be extremely challenging.  Most diagnoses are carried out under a microscope – a process that can take several weeks to identify a positive result.  Yet there have been no new TB drugs for over four decades.

“TB is often thought of as an ancient disease, but it’s perfectly adapted to the modern world.  Not only does it evolve resistance to drugs very quickly, it’s airborne so can take advantage of global travel and business to spread extremely quickly.  And making matters worse, TB is also difficult to diagnose – even with the best of modern technology.

“And we should be in no doubt that TB remains a significant problem here in the UK in the 21st Century, with London having the highest TB rate of any capital city in Western Europe.

“TB has killed more people than any other infectious disease in history, and continues to kill 1.3 million people every single year.  The only way that we’re going to beat the disease is if we have coordinated, global action.  And that is why I am calling for renewed action.

“People today don’t appreciate what a problem TB really is.  Whilst it can be treated and cured, the drugs are toxic and extremely unpleasant.  It is utterly unthinkable that in the 21st century patients should have to take drugs that could leave them permanently disabled.

Aaron Oxley, Executive Director of RESULTS UK, said: “There is a lot we need to tackle the disease, but it all starts with political commitment.  We’ve never had so many politicians from across the world sign onto one call for action, making this is a significant moment in the fight against TB.”