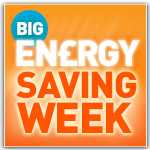 Energy bills have soared by almost £300 a year since 2010 while energy company profits have spiralled.  With cold weather fast approaching, many families face having to work harder just to make ends meet, and Alex Cunningham is encouraging residents across the Stockton borough to take greater control of their bills with efficient management of their heating as part of Big Energy Saving Week.

New figures from the Energy Saving Trust reveal that households across the Borough could save almost £1.5 million by taking control of their heating and turning down the thermostat in overheated homes.  Households could save £75 a year individually which could also save 6,000 tonnes of CO2 per year across the area.  Across the UK, this adds up to savings of £500 million per year.

The research revealed that four-fifths of Britons believe they understand their heating controls, though half misuse energy when they turn up their thermostat while nearly 40 per cent think it more efficient to leave the heating on all the time.

“At a time when 74 per cent of people across the country continue to worry about their energy bills, I am pleased to support the Big Energy Saving Week campaign to help householders better understand how to take control of their energy usage and give them greater certainty around their bills.

“At a time of high energy prices, it is more important than ever that customers are well informed and shop around for the best deals and the best prices.  Only a quarter of bill payers actually switched their energy supplier last year, with many missing out on potential savings.

Philip Sellwood, Chief Executive of Energy Saving Trust, said: “Rightfully, millions of householders are confused by their heating controls because, let’s be honest, it is a bit of a minefield.  There are plenty of myths out there and it’s no wonder people aren’t getting it right.  We are urging customers to learn about the myths, check their tariff, switch suppliers and insulate their homes.”

Gillian Guy, Chief Executive of Citizens Advice, said: “Every day, Citizens Advice helps people who are struggling to meet the cost of their energy bills.  Eighty thousand people a year come to us for help with fuel debts.  With prices up a third since 2010, it’s more important than ever that people know what they can do to keep their fuel bills down and what help is available.  That’s why we’re running events up and down the country to help people make sure they are not paying a penny more than they have to.”

Reaction to the terrible events at Westminster yesterday

Alex supports child-led inquiry into cost of going to school