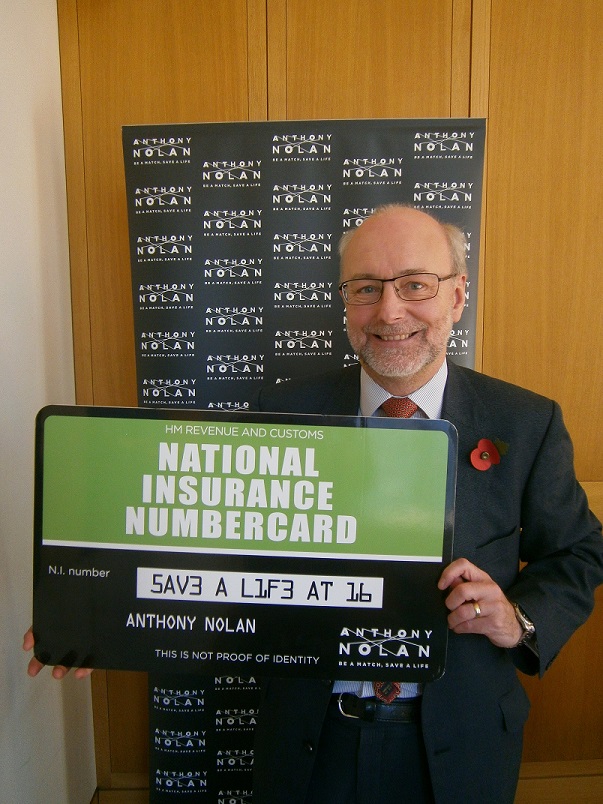 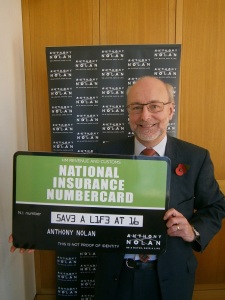 Young people in their final year of secondary school are incapable of understanding more than one message at a time, according to no less a body than Her Majesty’s Revenue and Customs (HMRC).

And now Alex Cunningham has taken them to task for insulting our young people, adding that the Government body could be doing much more to demonstrate trust in their abilities.

Having written to HMRC to highlight the #SaveALifeAt16 campaign run by Anthony Nolan, the Stockton North Labour MP was surprised to receive a response intimating that young people scheduled to receive their National Insurance Number ahead of their 16th birthday do not have the capacity to process more than one piece of information at a time.

Anthony Nolan work to match individuals willing to donate blood stem cells or bone marrow with those in desperate need of lifesaving treatments, as well as providing support to those who need it.  However, there are still not enough donors to ensure that every person with blood cancer finds the match they need.

“I couldn’t believe my eyes when I read the response from HMRC.  Whilst I am in total agreement that it is important for young people to have a clear understanding of the purpose of the National Insurance Number, I find the insinuation that young people would be confused if additional information was also enclosed to be utterly incredulous and a great insult to their intelligence.

“I have already spoken with Anthony Nolan about the fantastic work they do inspiring and recruiting young volunteers, giving inspirational presentations and explaining how they can save lives through bone marrow, blood and organ donation, and this is the first I have heard of such a concern.

“It is perfectly reasonable to assume that young people receiving this information are able to distinguish between the official correspondence and any supplementary information from a third party, just as they are when they receive a driving licence application including information about organ donor registration.

“While concerns about favouring any one particular cause over another are legitimate, it is perhaps patronising attitudes such as this that have contributed to such donor shortages in the first place.   I hope they will think again and help give a better chance of a high quality of life to people who desperately need a bone marrow transplant.”