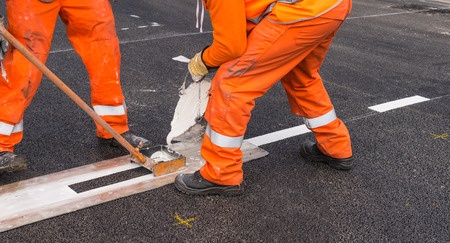 After many years of campaigning by local groups, Alex Cunningham has welcomed the announcement that a stretch of the A19 in Billingham is finally to be re-surfaced in a bid to reduce noise levels.  However, the Stockton North MP has also been clear that more needs to be done to improve funding for local road maintenance.

Details contained in the Government’s Road Investment Strategy confirm that the stretch of the A19, running from the A1027 at Norton to the A689 at Wynyard, will be widened to accommodate a third lane in each direction while being re-surfaced to reduce noise.

However, while welcoming the project, the Labour Member of Parliament also pointed to statistics from the Department for Transport showing that there has been a significant increase in the number of local roads that need repairing since 2010, with 2,262 miles of local roads are now in such poor condition that they need maintenance work.

“I welcome the announcement that the concrete section of the A19 Billingham Bypass will be both widened and resurfaced, and I know that this news will be warmly received both by commuted affected by severe rush hour congestion and by residents in those areas plagued by road traffic noise.

“However, while these much needed improvements are welcome, I am wary of this Government’s poor record on roads.  Schemes to deliver improvements to the network have been cancelled, promised private investment has yet to materialise, and projects are announced that never start.

“We cannot be fooled by these promises.  This is merely another re-announcement on promised road improvements with no additional money being pledged.  The hard truth is that spending on road maintenance since 2010 has been decimated, and the Coalition has ignored important local roads for too long.

“Although the Government has set out £976 million a year for local road maintenance, this will be a decline in real terms to £865 million a year by 2020 from £920 million in 2010.  And we must not forget that local authority budgets, which also provide funding for roads maintenance, have been slashed by a third.  Overall, funding for local road maintenance is down by 11 per cent under the Coalition.

“The Government needs to take responsibility for the pothole epidemic on our local roads.  The National Audit Office has reported that, while 91 per cent of the public are happy with the upkeep of the strategic road network, this figure plummets to only 30 per cent for local roads.”

Social workers have been the “forgotten frontline” during the Covid-19 crisis, says Alex on World Social Work Day

‘Save our border staff to keep Britain safe’- Alex MP