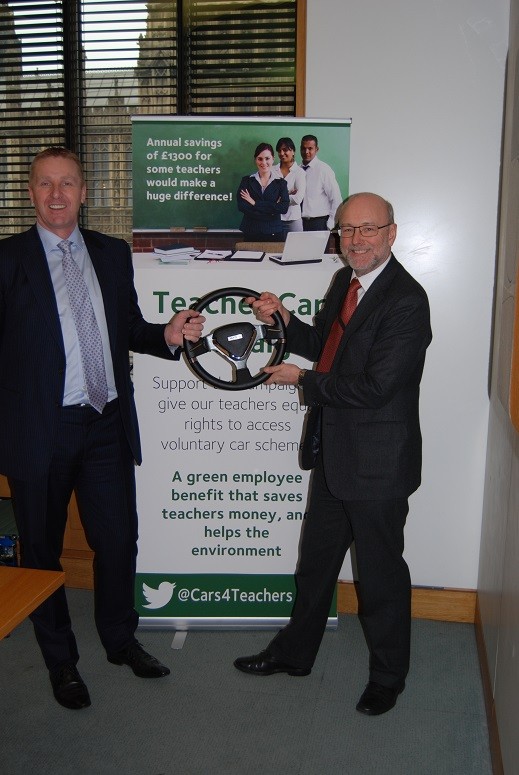 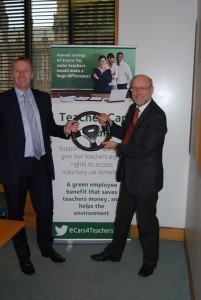 Alex Cunningham has given his support to a teacher car campaign which seeks to end the exclusion of teachers from salary sacrifice car schemes – one of the most popular and widely used employee benefits in the UK.

Salary sacrifice car schemes allow employees to acquire a brand new, fully maintained and insured car through their salary, before income tax and National Insurance are paid, which allows for average annual savings of around £1,300 per year compared to similar retail deals.  At times when wages in teaching are stagnating, this annual saving could be a huge improvement to many teachers’ personal finances.

The Stockton North MP attended an event in Parliament to call for a change to this unfair and apparently unintended national rule, and has previously written to the Minister of State for Schools in an effort to end this exclusion.  Over 1,200 teachers have backed the campaign on an online petition.

The Labour MP also highlighted the unfairness that teachers in England and Wales are the only profession excluded from having access to salary sacrifice car schemes as they are not specified in the Government’s School Teacher Pay and Conditions Document.  Other similar benefits, such as cycling schemes, are mentioned and the omission of salary sacrifice car schemes is seemingly unintended.

“I am delighted to support the teacher car campaign and call for an end to the exclusion of teachers from this widely used and popular employee benefit which can save teachers around £1,300 each year.  This national rule is unfair and apparently unintended, and needs to be addressed to ensure fairness for teachers around the country.”

David Hosking, Tusker Chief Executive, added: “I’d like to thank Alex for backing the campaign and supporting teachers.  As a provider of these schemes, we’ve been approached on countless occasions by teachers who have told us it is extremely unfair that they can’t use a voluntary car scheme and Alex’s help will go a long way to changing that.”