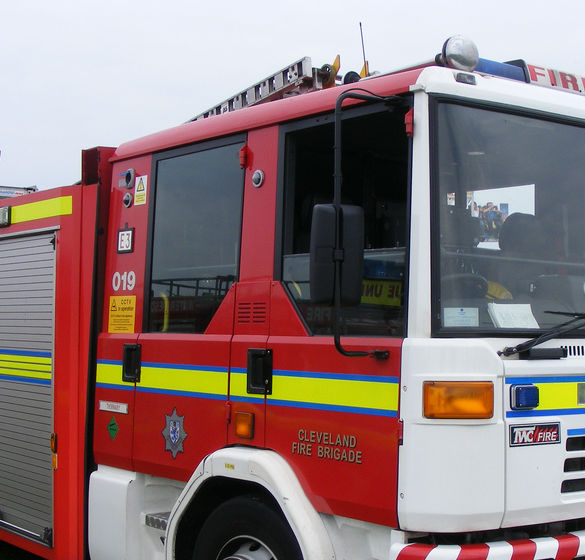 There are 88 fewer firefighters in Cleveland than in 2010 – and another 76 will go in the next two years, according to figures released by the Chief Fire Officer – putting at risk the Service’s ability to look after our homes and industry.

In a letter to Stockton North Labour MP Alex Cunningham, Chief Fire Officer Ian Hayton says the number of firefighters in April 2010 was 498 but will fall to 334 within the next two years following more severe cuts to Cleveland than any other Fire Service in the country.

Concerned about the Fire Authority’s plans to sack dozens of full-time firefighters and replace them with fewer part-time retained fire fighters, Alex wrote asking the Fire Chief to spell out exactly how the service was being affected by the budget cuts now expected to reach nearly £6 million.

The Authority saw its budget cut from £33 million in 2010 to £28 million this year, and is projected to be £26 million by 2017/18.   Mr Hayton acknowledged that fire related incidents have fallen over the last decade but is worried about the Authority’s ability to cope in the future.  In the letter, he said:

“Cleveland Fire Authority has felt the brunt of the last austerity measure more than almost all other fire services, a fact which has been acknowledged by successive Fire Ministers.  Government settlements have seen Cleveland’s spending power reduce more than any other Authority in percentage terms since 2010/11; whilst some Authorities over the same period have seen an increase in spending power.  The CSR10 and the CSR14 settlements have imposed significant budget cuts on fire and rescue authorities however the distribution of those reductions was unfair and disproportionate to certain this Fire Authorities due to the continued frailties of a discredited grant distribution formula.

“Regardless of the fiscal and resource (budget and staffing)  challenges the Authority continues to operates in an ever-present high risk environment with large industrial and petro-chemical complexes; dense populations; and high levels of social deprivation, vulnerability anti-social behaviour and arson. To date we have been a successful, high performing, efficient and effective Fire and Rescue Service which has a strong track record of reducing fires and associated deaths and injuries year on year, however, the disproportionate application of the austerity measures is placing that record at risk.”

Commenting on the figures and the Fire Chief’s comments, Alex said:

“When the Government talks about cutting public expenditure it is services like Fire that suffer, and in Cleveland’s case we have suffered most despite having one of the highest fire risk areas in Europe.

“It is clear that the Fire Chief shares my anxiety about his future capability to provide the level of emergency cover and other services needed by our community – and that an incoming government will need to examine the transfer of resources from the North East to the South to ensure that we in Cleveland get the resources based on the very real needs.”