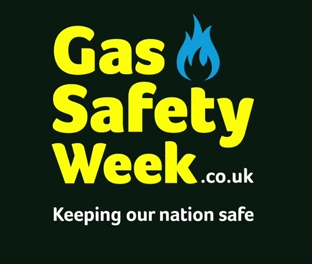 A long career in the gas industry makes backing for Gas Safety Week a no brainer for Stockton North Labour MP, Alex Cunningham.  It runs from 14-20 September to raise awareness of gas safety issues and he hopes residents across the Stockton borough will take note.

This fifth annual campaign, coordinated by the Gas Safe Register, has seen organisations across the UK working together to raise awareness of the dangers of badly fitted and poorly maintained gas appliances – which cause gas leaks, fires, explosions and carbon monoxide poisoning – and the Labour MP has recorded a video message to highlight the potential risks.

In the last year, at least 68,000 homes in the UK escaped deadly gas incidents by engineers switching off dangerous appliances.  Nearly half of these incidents were caused because a gas appliance had not been regularly serviced and had been left in a poor state.

A report from the All-Party Parliamentary Carbon Monoxide Group, Carbon Monoxide: From Awareness to Action, identified that the risk of carbon monoxide being produced at levels dangerous to humans is relatively low when appliances are serviced regularly by a competent person.  With 20 deaths and 1,000 gas-related injuries in the last three years, it is vital that gas appliances are safety checked at least once every year by a Gas Safe registered engineer.

“Having spent many years working in the gas industry, I have seen first-hand the devastating consequences of dangerous gas work.  I used to get knocked out of bed when people were killed by carbon monoxide poisoning – an avoidable tragedy that afflicts thousands of people across the UK each year.  It is a highly poisonous gas.  You can’t see it, taste it or smell it, but it can kill quickly with no warning.

“But incidents caused by unsafe gas work are preventable.  By taking proper care of gas appliances, people are also taking care of their homes and their loved ones, and I strongly encourage residents across the Borough to follow the simple checks that could save lives – both during Gas Safety Week and beyond.”

Jonathan Samuel, managing director for Gas Safe Register, said: “We know from our own investigations that one in six gas appliances in the UK are unsafe, meaning far too many people are victims of preventable gas related incidents.  It’s great to have Alex’s support for Gas Safety Week 2015 so that we can work together to raise public awareness of gas safety and reduce the number of dangerous gas appliances lurking in the homes of the UK’s 23 million gas consumers.”