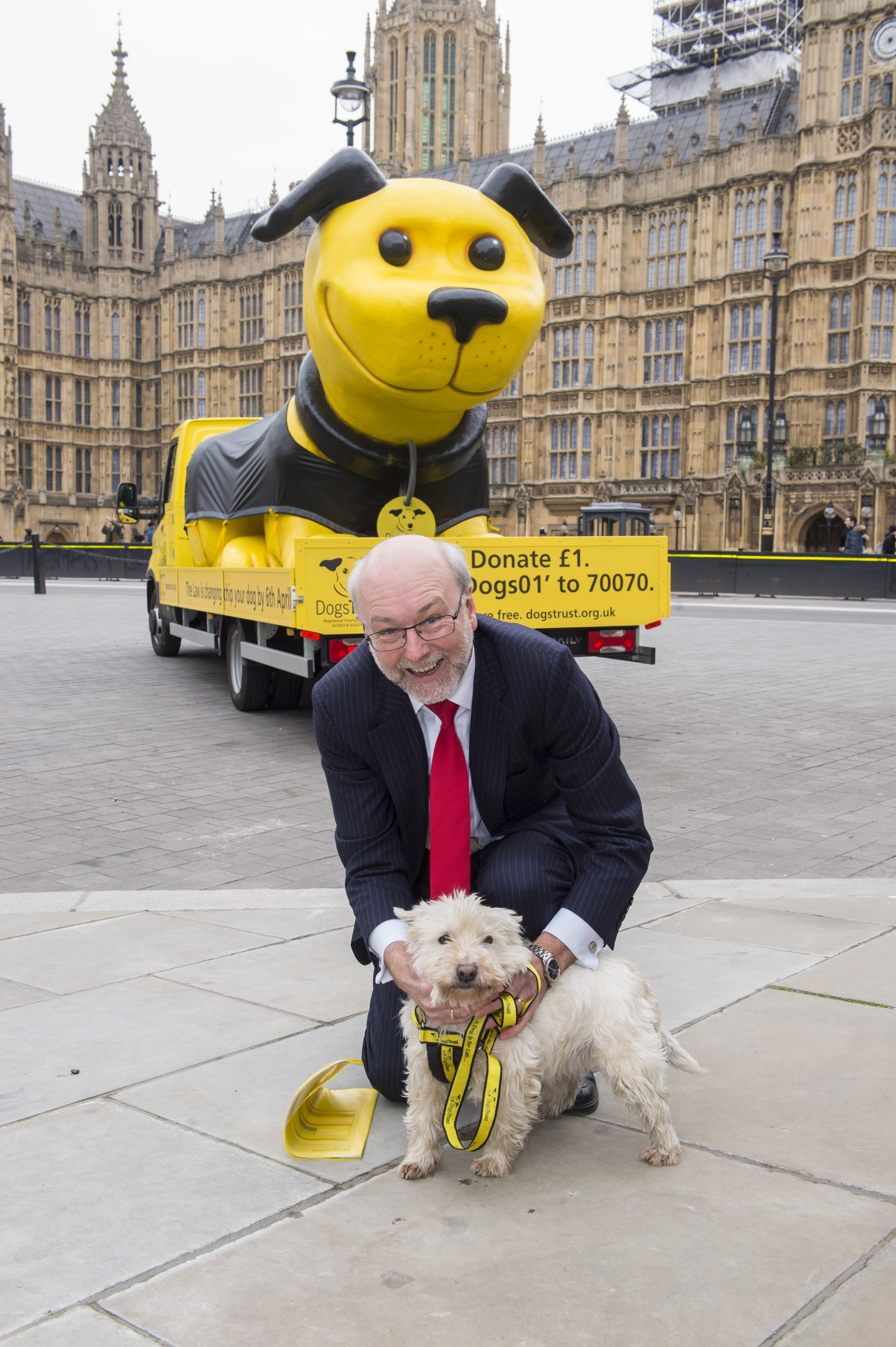 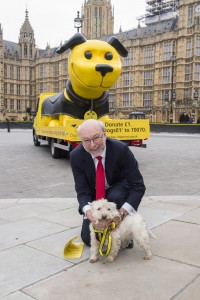 With less than a week until microchipping becomes compulsory for dogs in England, Scotland and Wales, Alex Cunningham took the opportunity to meet with Dogs Trust in Westminster and their larger than life mascot, Dogcilla, to help raise awareness of the approaching law change on April 6th.

The visit gave the Stockton North MP, who is also Labour’s Shadow Natural Environment Minister, the chance to meet some of the residents from Dogs Trust’s nearby Basildon rehoming centre, whilst representatives from the charity were also on hand to talk about the benefits of compulsory microchipping and the importance of keeping a dog’s microchip database details up to date.

Over the past two years, Dogs Trust – the UK’s largest dog welfare charity – has been touring the country with its four tonne, 3.2 metre high yellow mascot Dogcilla in a bid to raise awareness of this important aspect of dog welfare. Dogcilla has already travelled the equivalent of the Earth’s circumference 5.8 times.

“Mandatory microchipping is a simple and effective tool that will bring several advantages – not least the ability for local agencies to reunite dogs with their owners swiftly in situations where they become lost or have been stolen. This in turn will reduce the number of healthy dogs put down unnecessarily and will allow much needed cost savings for local authorities.

“At the same time, the measures coming into force next week will allow for easier identification of any owner suspected of animal cruelty, or whose animal is involved in attacking people or other dogs.”

Paula Boyden, Dogs Trust Veterinary Director commented: “Microchipping is the most effective permanent way to assist in a lost dog being returned to their owner, which in turn reduces the number of healthy dogs unnecessarily put to sleep. To ensure lost dogs have the best possible chance of being swiftly reunited with their families, it is imperative that owners ensure their dog always wears a collar and a tag displaying their contact details, and that they keep their microchip database details up to date.

“Dogs Trust has committed to ensuring dog owners have access to free microchipping at one of our many drop-in events across the country and at our 21 Rehoming Centres across the UK before it becomes compulsory in England, Scotland and Wales on 06 April 2016.”

Offshore worker transportation “must be a priority”, says Alex on fifth anniversary of Turøy helicopter disaster which cost thirteen workers their lives