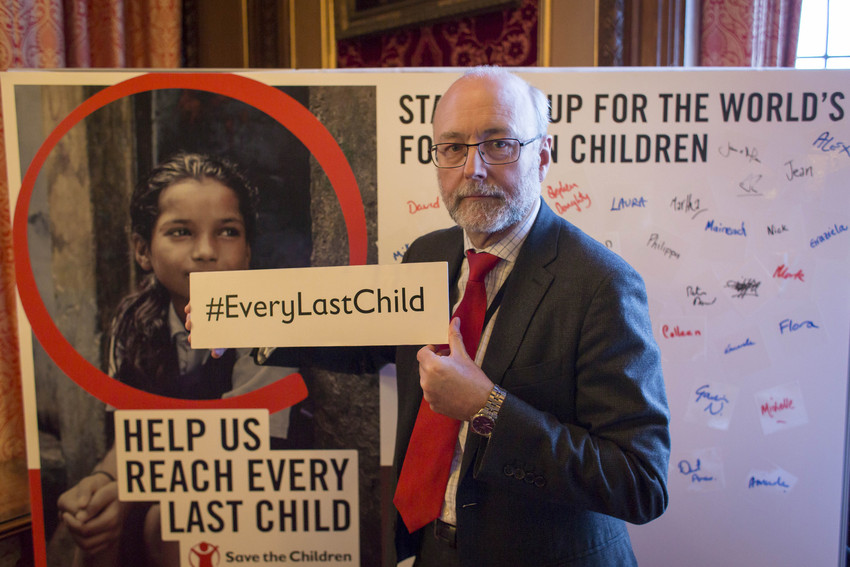 Labour MP for Stockton North Alex Cunningham at the Save the Children Global Media Campaign launch at Speaker's House, The House of Commons, Westminster, London. 26.04.2016. 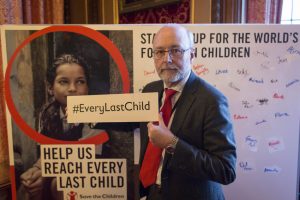 Despite tremendous global progress in the battle against poverty, Alex Cunningham has recognised that similar successes in the fight against discrimination remain elusive and has backed the campaign calling for more to be done.

The Stockton North MP was pleased to show his support for the world’s forgotten children at the recent parliamentary launch of Save the Children’s new global campaign, Every Last Child, which will challenge the laws, norms and policies that have allowed poverty and discrimination to persist.

The organisation reports that, while progress has been made in reaching the world’s poorest children, those from discriminated groups are consistently overlooked despite being the most at risk.  Save the Children says these children are forgotten because they live on the streets, in camps or remote villages – and are discriminated against because of their gender, ethnicity or a disability.

Consequently, these children are being pushed further into poverty and denied the life-saving healthcare and education they need to survive and thrive, and the Labour MP was pleased to be present at the launch of the report which reveals that an estimated 400 million children globally face discrimination because of their ethnicity and religion.

Save the Children’s Every Last Child campaign aims to put the world on track to end preventable child deaths and have every child learning by 2030.  The campaign is calling on decision-makers at every level to ensure the barriers that prevent the poorest children from accessing life-saving services are eliminated.

“I am proud that British aid has played a critical role in preventing child deaths and that the UK boosted the ambition of the new Sustainable Development Goals to include a promise to “leave no one behind”.  I am delighted to support Save the Children’s Every Last Child campaign so that, together, we can take concrete steps to deliver upon this promise and ensure all children have access to education and healthcare.

“I would urge all Stockton North constituents, and residents across the wider Stockton borough, to sign Save the Children’s petition and call on the Prime Minister to do everything in his power to help reach every last child.”

Tanya Steele, Chief Executive of Save the Children, said: “Of the 16,000 children still dying each day from preventable causes, a disproportionate number are from these forgotten groups.  It is not an accident that discrimination is preventing some of the most vulnerable children from accessing life-saving services – these children are being systematically left out by design or neglect.”