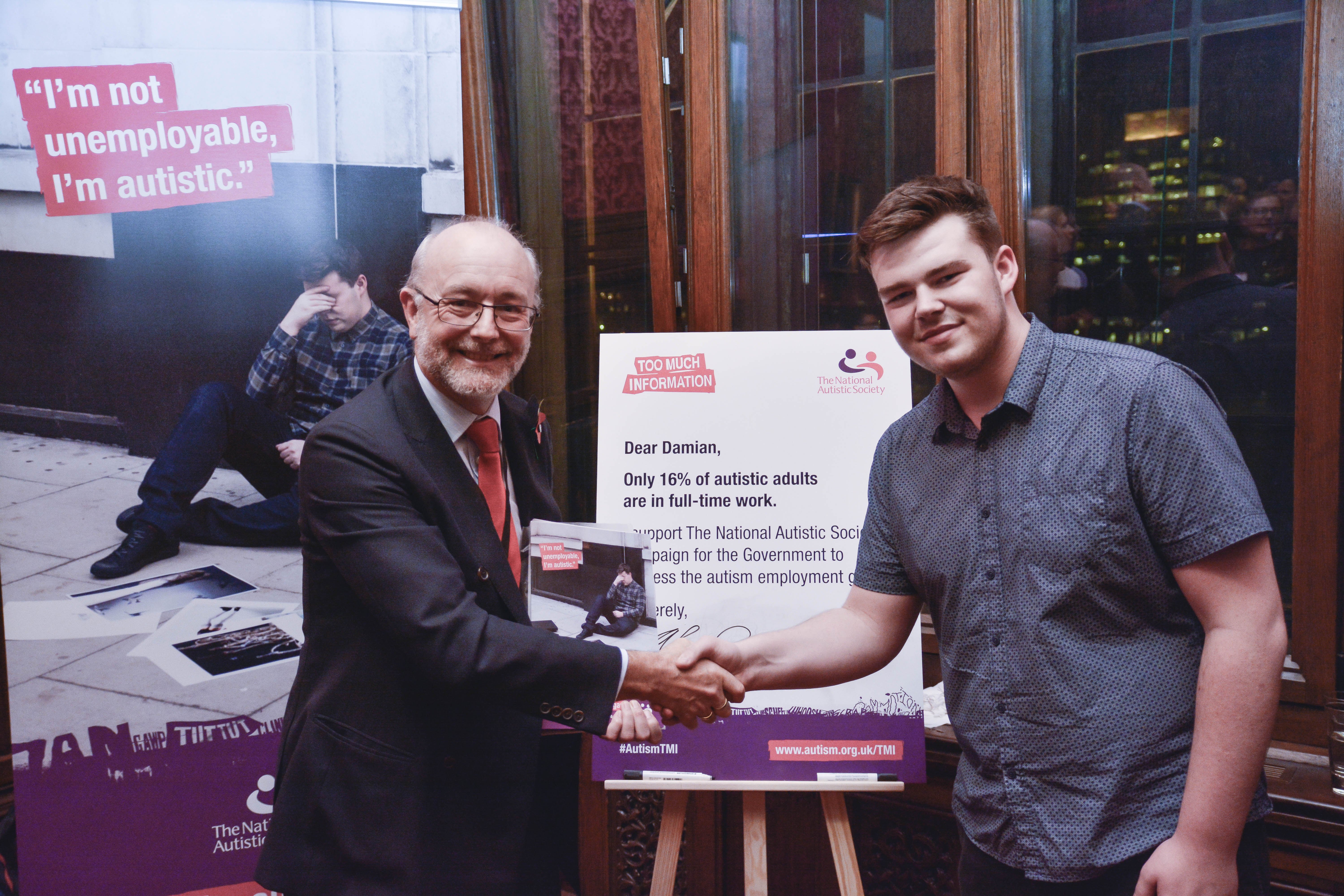 Alex Cunningham, Member of Parliament for Stockton North is calling on the Government to do more to close the autism employment gap once and for all. Over 100 MPs attended the launch of a new National Autistic Society report and campaign in Parliament on 31 October, which highlights the shockingly low levels of employment among autistic people and what employers and Government can do to close the autism employment gap.

Alex, is backing the charity’s campaign, calling on the Government to ensure autistic people can access specialist support to help them find and stay in work, and bring in a national programme to raise employers’ awareness of the skills and potential of autistic people. The parliamentary launch of the campaign comes on the same day as the launch of the Government’s Work, Health and Disability green paper, which sets out its plans to help more people with disabilities and long term conditions into work.

The UK Government has pledged to halve the gap between disabled people’s employment levels and the rest of the population’s by increasing the disability employment rate from 47% to 64%. But the National Autistic Society’s latest research shows that the autism employment gap is even wider, with only 32% in some form of work. The charity wants the Government to make sure that autistic people benefit from its pledge and double the number of autistic people in work if they’re not to be left even further behind.

The charity has also released a short film, shot from the point of view of an autistic adult experiencing ‘too much information’ in a series of job interviews. The film’s star, played by autistic actor Max Green, becomes increasingly overwhelmed by anxiety and uncertainty about what’s being asked of him, to the point where he’s unable to demonstrate his ability to do the job. At the end of the film we see Max, outside the offices, upset and overwhelmed. The film finishes with the message: “I’m not unemployable, I’m autistic”. 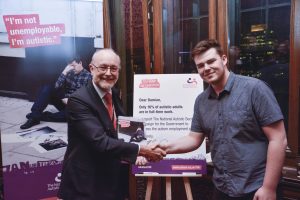 “I’m proud to be backing the National Autistic Society’s campaign which reveals that fewer than 16% of autistic people are in full-time paid work and that this figure appears to have remained stubbornly low for the last decade.

“This clearly isn’t good enough. Government and businesses need to work together to help increase the numbers of autistic people in work. Many autistic people like Max, from the charity’s campaign video, who I had the pleasure of meeting, clearly have much to offer in the workplace. We need to make sure that employers know this and are able to open their doors to autistic people.”