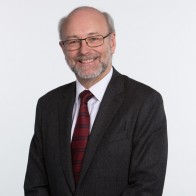 “WASPI women across the Stockton Borough and the country will be rightly disappointed with the Government’s response which simply dismisses them and makes it clear they are wasting their time campaigning for a fair deal following the rapid increase in the State Pension age eligibility.

“It offers them nothing but continues with the Tory mantra that the changes were necessary and people who find themselves in hardship can be looked after through the benefits system.”

The petition declared that as a result of the way the 1995 Pension Act and the 2011 Pension Act were implemented, women born in the 1950s (or on after 6 April 1951) have unfairly borne the burden of the increase to the State Pension Age.

The Secretary of State for Work and Pensions, Damian Green, gave a response to the petitions:

“The Government has already made transitional arrangements for those most affected by changes to their State Pension age and introducing further concessions cannot be justified given the imperative to focus public resources on helping those most in need.”