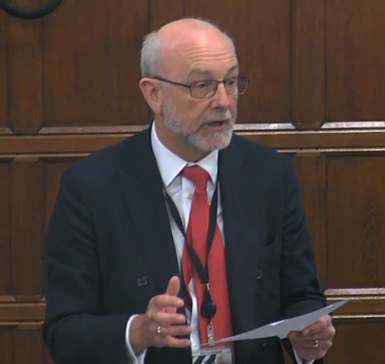 Children in Stockton receive hundreds of pounds less than the national average for their education, Stockton North Labour MP Alex Cunningham highlighted today, in a debate in Parliament.

In Stockton since 2010, block allocations per pupil have frozen at £4,487, causing cuts in the number of staff, and pastoral services. Under the National Funding Formula (NFF) consultation proposals, Stockton is expected to receive a funding increase of 0.7% overall, however this will not support schools in maintaining staffing, teaching and learning at current levels.

The proposed NFF has been introduced to put an end to the postcode lottery but fails to take in to account other factors such as inflation, staff salary increases and other resources that schools may need. This could mean staff cuts will increase, class sizes will get bigger and schools’ ability to deliver a wide and diverse curriculum will be compromised.

This proposed formula will impact students from deprived backgrounds, increasing the attainment gap between them and affluent students as if they are not provided with the same level at home, they risk losing such support from schools.  For example North Shore and Thornaby Academies lose nearly 3% of their current budget – and that’s before inflation and other factors are taken into consideration.

Nick Gibb, Minister of State for School Standards in his speech said:

“Income to schools in the Member of Stockton North’s constituency, as a consequence of the National Funding Formula will see a rise in £0.6 million giving them an increase of 1.3%.”

“Once again the Government is letting our schools down and doubtless Ministers are working on special arrangements for particular areas. If they want to be fair on funding, if they really want to address the attainment gap and if they want every child to realise their potential they need to take action to ensure that no school loses out.”