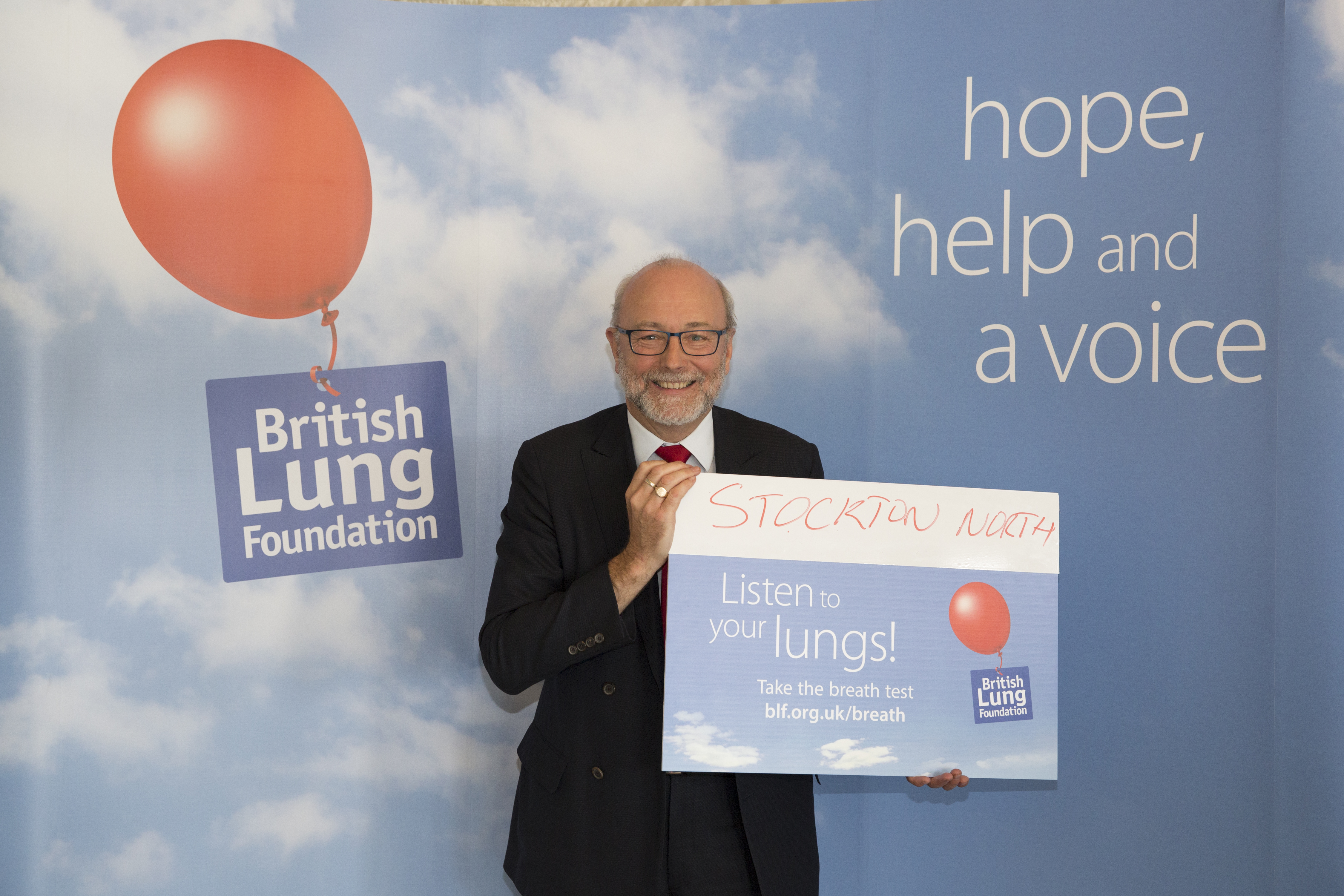 The charity’s UK-wide campaign aims to raise awareness that feeling out of breath doing everyday tasks could be a sign of lung disease. They encourage anyone who feels breathless take their online breath test.

The test allows people to check their health through a 10 simple questions, based around the Medical Research Council breathlessness scale. The aim is to reassure people who don’t have a problem and guide those with significant breathlessness to make an appointment with their GP.

At the British Lung Foundation’s summer reception, MPs and Peers had a chance to find out more about lung disease and try the ‘breath test’ themselves on iPads. Mr Cunningham opened the reception alongside the charity’s CEO, Dr Penny Woods.

“Completing the BLF’s online ‘breath test’ is a really easy way of checking your lung health. I’d encourage everyone to try it. It’ll either give you peace of mind or start you on a path to helping you manage your breathlessness.

“If you’re even slightly worried a loved one has been feeling increasingly short of breath – please make sure they take the test.”

“There are thousands of people in Stockton with a lung condition, but not everyone’s aware they have one. It’s great to have support from Alex in encouraging people to ‘Listen to their lungs’ if they feel breathless. Together we can ensure that those people who are suffering with an undiagnosed lung condition seek help and get the support they need. With treatment, people can live longer, healthier lives.”

The BLF’s Listen to your lungs campaign complements Public Health England’s national Be Clear on Cancer campaign, which is raising awareness of persistent cough and breathlessness as possible symptoms of lung disease, including lung cancer, and heart disease. To take the test visit: www.blf.org.uk/breathtest