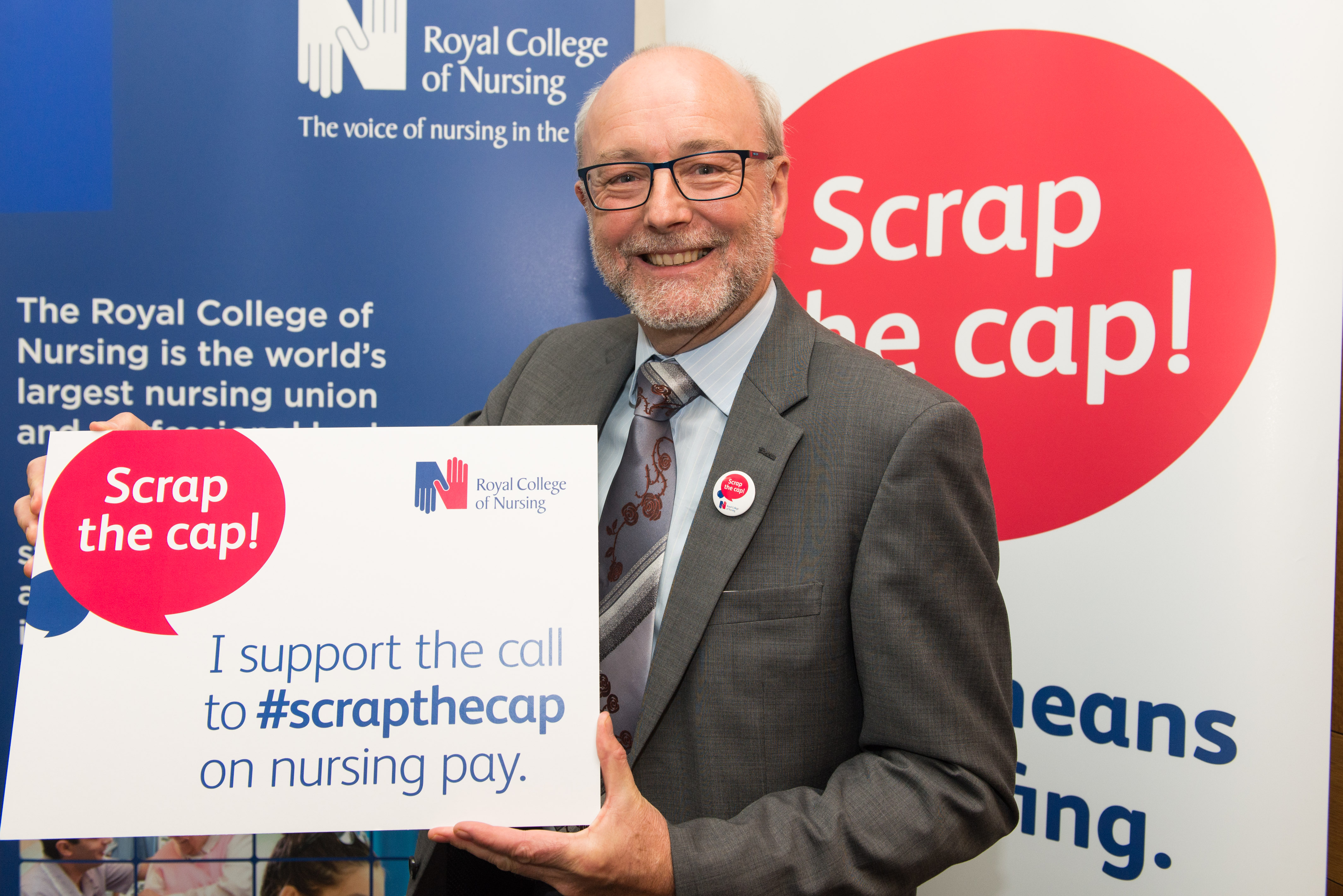 Stockton North MP, Alex Cunningham has backed the growing campaign for the Government to scrap the 1 per cent cap on public sector pay in the upcoming Budget.

As the Commons returned from summer recess, Alex met with frontline nurses as part of the Royal College of Nursing’s lobby of Parliament.

On Wednesday 6 September, nursing staff held a demonstration in Parliament Square and separately met MPs to call on the Chancellor to scrap the cap in the Budget expected this autumn. Alex heard how low pay has a detrimental impact on morale, the ability to recruit and retain nurses, and patient safety.

Since 2010, NHS nursing staff have experienced a 14 per cent real-terms pay cut as a result of Government policy on pay in the public sector- leaving pay packets £3,000 worse off each year.

Frontline RCN members told Alex that 356 nurses are affected by the pay cap in their constituency, Stockton North.

Nurses are working in an increasingly pressurised and understaffed health and care system. The nursing regulator recently revealed that the profession is shrinking, with more nurses leaving the profession than joining it and 40,000 nursing vacancies in England alone. Separate RCN analysis shows that nurses with more than 10 years’ experience are leaving the NHS at twice the rate they were three years ago.

New academic research shows that when the number of registered nurses on a shift falls, care is left undone and patient mortality levels increase. 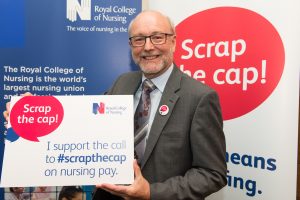 “Despite the pressures they are facing, nurses are the backbone of our NHS. The pay cap can’t continue if we are to keep the nurses we have, attract new recruits and ensure nursing staff can earn a decent wage.

“Understaffing in our hospitals and communities is affecting the safety of patients. It’s time for the Government to show their commitment to valuing and supporting nurses – the Chancellor’s autumn budget is an unmissable opportunity to scrap the public sector pay cap.”

“This summer, nurses have shown the Government that they have had enough of poor pay. They are struggling to keep up with the cost of living and there are reports it pays better to work in supermarkets than care for the most vulnerable.

“It’s a false economy to keep nurses pay down, short staffing is threating the safety of our patients. That’s why we welcome the support of MPs who are championing nursing and share our belief that the 1% pay cap should be scrapped.

“Nurses will not tolerate having their pay squeezed any further. The Government must put party politics aside and lift the cap.”

Residents are losing out, says Alex, as he calls for superfast broadband provision in Carlton