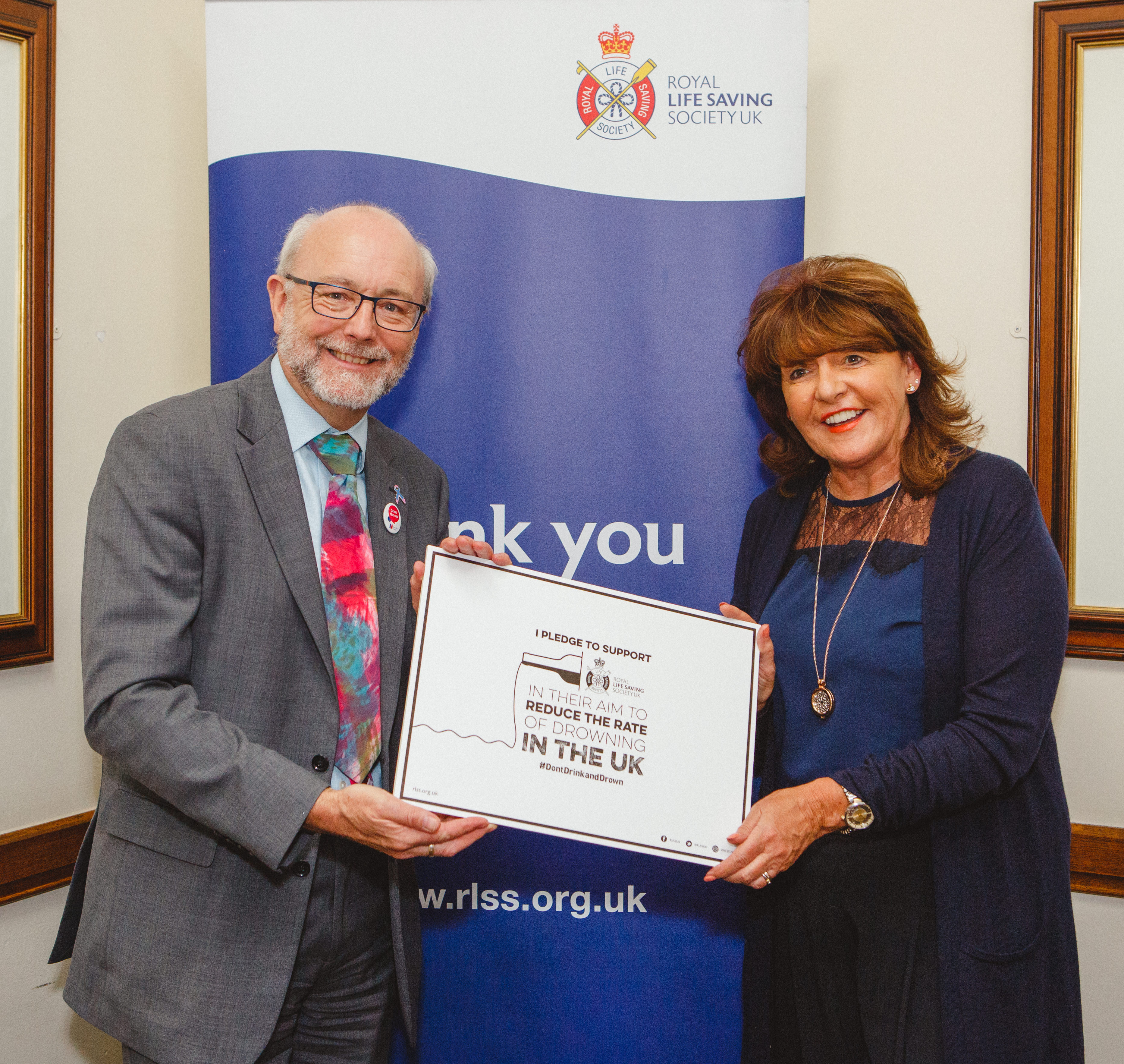 Stockton North MP Alex Cunningham signed up to support the UK’s drowning prevention charity in its work to reduce drowning and provide water safety education and lifesaving awards across the UK and Ireland.

Representatives from The Royal Life Saving Society UK (RLSS UK) made the trip to Parliament ahead of its annual national Don’t Drink and Drown campaign which, this year, runs from December 4 to the 10.

Alex was invited to find out more about the charity and its work, and learnt shocking statistics about alcohol and drug related drownings.

An average of 73 people a year, the equivalent of one in every five, who lose their lives to drowning have alcohol or drugs in their system. Those most at risk include 17 to 29-year-olds, 45- 49-year-olds and 60 to 64-year-olds, particularly males.

“We can do more to stop lives from being lost in this way. I’m proud to work with RLSS and their Don’t Drink and Drown campaign.

“Around 400 people accidentally drown in the UK every year – one every 20 hours – and thousands more have near drowning experiences.

“Many of these deaths could have been avoided and our Don’t Drink and Drown campaign targets those who have been drinking and enter the water either intentionally or by accident by educating them of the risks and delivering strong key messages. We were overwhelmed with the support offered by MPs during our session and can’t thank Alex enough for pledging to help us in our efforts, not only during our Don’t Drink and Drown campaign but all year round, because we cannot do this alone.”

The RLSS UK works tirelessly to promote drowning prevention messages and deliver water safety education nationally, as well as offering a range of awards and programmes that teach lifesaving skills to all ages.

Apprenticeships: A Grounding for Success