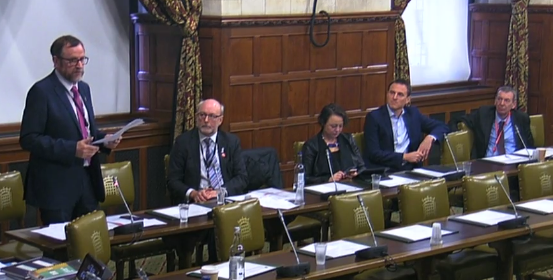 Alex Cunningham MP joined colleagues yesterday in Westminster Hall to debate the future of Durham Tees Valley airport, and used the opportunity to challenge the Mayor of Tees Valley to draw a line under his pledge to buy the local airport, and to become a champion for it instead.

The debate was led by Sedgefield MP Phil Wilson, with a number of North East Labour MPs turning up to add their voices to the debate.

Phil Wilson outlined the positive role of the airport owners Peel, the huge investment made and the ongoing losses incurred as they work to develop it for the 21st century.

Alex joined Phil Wilson in appealing to the Tees Mayor to stop using the airport as a political football and work with everyone else to support Peel Airports and the local councils in championing its role in the North East.

Speaking in the debate, Alex said:

The Tees Valley Mayor has pledged to buy the airport, and has told me he can do this without the taxpayer’s money being involved. Does my Honourable friend (Phil Wilson MP) agree with me it’s now time for the Tees Valley mayor to publish his business plan to buy the airport, complete with numbers and sources of funding, or just be honest and admit he can’t deliver that promise?

We need to get behind our airport – it is not for sale so the Mayor needs to accept that and move on.